Jillian Harris has the inside scoop and she let it all out on her blog today, defending Juan Pablo Galavis and telling the world why she is disappointed in her Bachelor “family.” 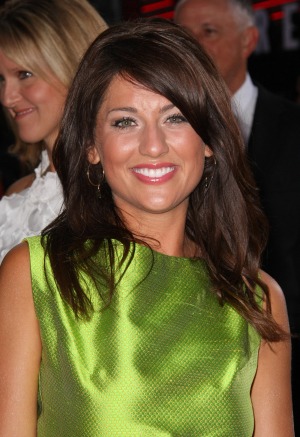 Jillian Harris, ABC’s super-talented Bachelorette from Season 5, knows better than anyone what goes on behind closed doors at the mansion and took to her blog to reveal why she supports the man some are calling the most controversial Bachelor to date.

“Well it’s official — I haven’t gotten this worked up on the bachelor … well since my own season!” the interior designer proclaimed on her blog today. But unlike most Bachelor fans, who have taken to social media to slam Juan Pablo Galavis, Harris has a different perspective on the way things were handled.

“Do I think Juan Pablo was a great bachelor? No, not really I think the role is more fit for guys who are in touch with their feelings,” the interior designer said of Galavis. “The bachelor is usually someone who is sensitive, a good listener, a people pleaser, and a hopeless romantic. The truth is, Juan really wasn’t that guy. That does not make him a BAD guy.”

While it’s clear Harris doesn’t think Galavis is an angel, she really takes issue with The Bachelor production insiders. “I’m not making excuses for some of the things Juan Pablo did and said — I would need to be there BEHIND THE SCENES to really see how that went down,” she said. “But, what upset me more, is the way the franchise dealt with all of this.” She went on to say how disappointed she was in good friend and Bachelor host, Chris Harrison. “I was disappointed in him last night,” she said of Harrison at last night’s finale. “… I didn’t understand the strong and relentless emphasis on getting Juan to say he was in love!”

Harrison himself recently admitted that he felt from the beginning Galavis wasn’t right for the show, but that didn’t stop him from pushing the issue of love while interviewing the Venezuelan soccer player after the final rose ceremony.

Harris instead praised Galavis for staying true and not expressing false emotion.

The ex-Bachelorette also asked that people take it easy on Nikki Ferrell, who received Galavis’ final rose. “For everyone who called Nikki stupid, weak etc, how are you making the situation any better?”

Harris expressed disdain for the social media bashing that has been launched against both Ferrell and Galavis. “Somehow LOVE + BULLYING does not add up in my head,” she preached.

We’re digging the positive take on all the Bachelor drama. You can read Jillian Harris’ full blog entry here.