While rumors have been flying about a possible reunion, who better to ask than the writer herself? Tina Fey weighs in on the future of the film. 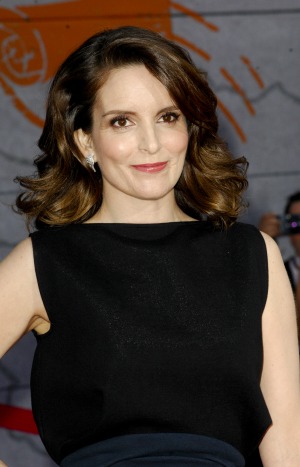 It has been nearly 10 years since Mean Girls was released, and there have been plenty of rumors of a sequel or reunion for the cult classic. Lindsay Lohan commented on those rumors last week, but this time, the creator herself decided to set the record straight.

Lacey Chabert dishes about Mean Girls on the cover of Maxim >>

Tina Fey was out promoting her new film, Muppets Most Wanted, and opened up about the future of a little film that brought huge success.

“It’s the tenth anniversary of the movie,” Fey told E! News. “We’re working on the musical, that’s going to be in a couple years, I guess. So hopefully there will be like a screening or a party, but that’s it. But that would be good, right?”

While that pretty much shuts down any possibility of a second film, a musical is bound to be hilarious, and maybe even just as successful as the movie. And the movie’s stars — Tina Fey, Lindsay Lohan, Lacey Chabert, Rachel McAdams, Amanda Seyfried, Tim Meadows and others — may very well be signing on to appear in the stage version of the story. Fey didn’t say anything about a possible reunion of those stars on the tenth anniversary of Mean Girls, coming up on April 30.

Lohan first brought up the rumors, telling Jimmy Fallon, “I saw Tina and she mentioned doing a reunion. She said she was talking to Lorne [Michaels] about it. She’s talking to the big boss.”

More importantly, Lohan made a plea to Fey, suggesting she would be on board if a new movie were in the works.

“Tina, this is important,” she said while looking directly at the camera. “This needs to happen.”

For fans searching for more of Fey’s brilliance, Muppets Most Wanted will be in theaters March 21.