It’s been two days and more stories surrounding Juan Pablo Galavis and Nikki Ferrell continue to fly around. Are they on the outs? 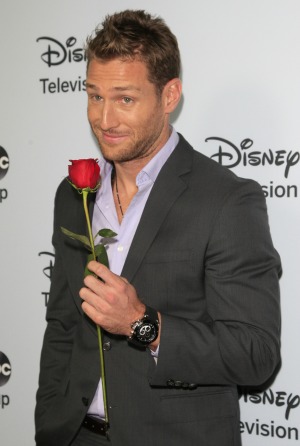 After being called the “worst Bachelor ever” by fans and by the crew behind the scenes on the ABC show, there are rumors that Juan Pablo Galavis and Nikki Ferrell are over. According to Radar Online, there seems to be a sticking point between the couple as to whether the dad-of-one has been faithful to his girlfriend.

A source told the gossip site, “Nikki asked Juan Pablo point blank if he had cheated on her during the time the couple was forced to be apart from the time filming ended, several months ago. Juan Pablo wouldn’t even answer her! He evaded the issue, and kept trying to change the subject.”

If his evasiveness sounds sketchy, his actions speak volumes about why many fans have despised this season of the long-running show.

“Whenever his cell phone would ring, he would step out of the room to take the call. When he finished the conversation, and went back, he flat out refused to even tell Nikki who he was talking to. Nikki was left in tears, and Juan Pablo stormed out of the room,” continued the insider.

There have already been rumors that the couple spent the night apart after he picked Ferrell to be his girlfriend at the final rose ceremony. Traditionally, the couple spends time together to celebrate the end of the season.

A production source revealed, “They did not spend the night together. They both went back to the same hotel, but had separate rooms. Nikki wanted to spend the night with him, but he chose not to.”

The 26-year-old pediatric nurse has already withstood a lot criticism from the fans and from Galavis himself. In addition to only telling her he “liked” her “a lot,” it has set up a whole web of insecurities surrounding the couple.

As the show insider summed up, “This guy is a first class jerk and he is treating her like garbage. She did nothing to deserve this.”

Will this couple even make it to the end of the week with the public backlash?