Neil Patrick Harris plays many roles, but the latest is bringing out all his insecurities. 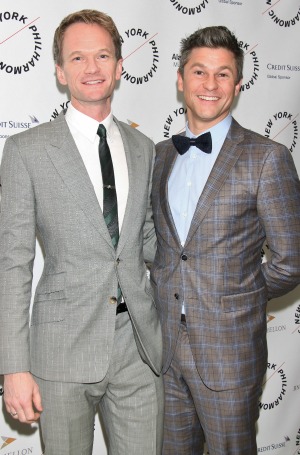 Neil Patrick Harris is a man with many personalities. For nine seasons, he has played the womanizing Barney Stinson on How I Met Your Mother, so fans were especially surprised in 2006 when he came out as gay.

You just learned that your child is gay: 12 celeb role models >>

The actor said the confession hasn’t stopped a lot of fans from imagining him as the character he plays every week.

“I’ve found that a lot of girls have no issue with me being gay. They still want to marry me,” Harris told Out for their April issue. “And I love that.”

And even though Harris is comfortable with who he is — as a gay man, an actor, a soon-to-be husband and a father — he said he is about to step into a role that leaves him uncomfortable for the first time in a long time. Harris will take on the lead role in Hedwig and the Angry Inch on Broadway.

“Hedwig is bringing up a lot of super-insecure things within me,” he said, according to People. “I have never thought drag was intoxicating, I’ve never had a fun drunken Halloween in drag, never been in heels, really.”

Although Harris plays the misogynist for his day job, he regularly hosts awards shows and has never shied away from singing or dancing when given the opportunity. The opportunity to do so in drag wasn’t immediately appealing to him, though.

“I’ve lived my whole life being attracted by masculinity — it’s why I like guys,” he continued. “I’m not a super-effete person, and I have to turn into that, and in doing so it brings up a lot of homophobic insecurities within myself.”

How I Met Your Mother‘s Barney meets The Mother >>

A role on Broadway also gives the 40-year-old the opportunity to relocate to New York, and his fiancé, David Burtka, and 3-year-old twins Gideon and Harper, will be coming with him.

The couple recently bought a home in Harlem, and Harris said he is glad for the move to the East Coast, “where there’s a much greater acceptance of anonymity and freedom.”