Piers Morgan invited Chelsea Handler to his show, but she did not even attempt to be a gracious guest. 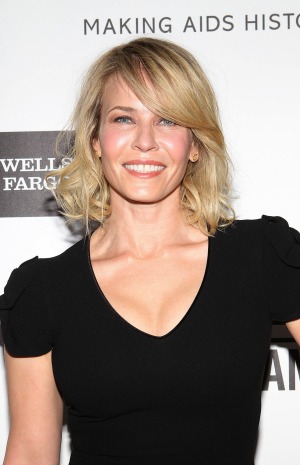 Chelsea Handler and Piers Morgan should be BFFs by now. Handler has appeared on Piers Morgan Live multiple times, but this time she took to attacking the host.

Morgan started by attempting to pay Handler a compliment, telling her “you tweet very amusingly,” to which Handler replied, “I wish you did.

“You can’t even pay attention for 60 seconds,” she added. “You’re a terrible interviewer.”

“That’s not my problem, this is your show. You have to pay attention to the guests that you invited on your show,” she explained. “It doesn’t matter how interesting I am. You signed up for this show.”

To be fair, Handler does have her own show so understands what it takes to run an interview. But she has also never been shy about sharing her opinion — on any topic. Morgan continued to defend himself, saying it wasn’t his fault his guests weren’t more interesting.

“Well, maybe that’s why your job is coming to an end,” Handler said, leaving Morgan speechless.

Handler has appeared on the show before, and shared plenty of opinions in those interviews as well, although not directed toward Morgan. According to CNN, she has spoken about the importance of “sleeping around with people you work with,” how “poorly written” she believes 50 Shades of Grey is and has called Sarah Palin “not a serious person.” But with Piers Morgan Live in its last season, Handler seemed to focus directly on the host.

Morgan later sent a tweet directed at Handler, but he seemed to be calling a truce with her.

Piers Morgan Live is expected to air its last episode sometime in March.

Tell us: Did Chelsea Handler go too far?