Katie Holmes says the reason behind the end of her Holmes & Yang fashion line is simple: There’s just not enough time in the day. 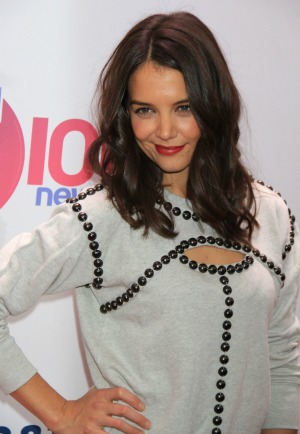 Katie Holmes is breaking her silence on the end of her critically acclaimed fashion line Holmes & Yang, and unfortunately what she has to say is not as juicy as what we were hoping for.

While there was speculation that Tom Cruise was behind the end of the couture house, Holmes sidestepped that issue in an interview with Elle UK and said she simply wants to focus her valuable time on her daughter Suri and her acting career.

“I loved every minute of my time working on Holmes & Yang,” she told the mag. “I remain passionate about the design aesthetic we created, and am so happy with what Jeanne and I accomplished.”

“However I am now concentrating on acting and motherhood, which did not leave the label the time and attention it deserved. I’m really thrilled that the final showcase for Holmes & Yang is in Elle — I had a blast at my shoot for the magazine. It is fantastic to feel like it’s ending on a high.”

At the time of the split, a source said there was a bit of bad blood between the business partners because of Yang’s love of the spotlight.

“Jeanne enjoys the spotlight way more than Katie does,” the insider told Page Six.com. “Things have definitely soured between them. Katie’s living in New York and Jeanne’s living in LA, which hasn’t made it easier.”

Another source told People that the very different managerial styles of the two women made working together difficult. “They have different approaches to absolutely everything: how to run the company, how to promote it and how to handle the press,” the source said. “The conflict isn’t about any one thing, it’s sort of about everything.”

Yang herself has yet to comment on the break.