We all read Shakespeare in school, and even though we may not have liked him then, modern authors have given the Bard new life.

You dreaded his plays in high school and college. Understanding the language was near impossible, and writing papers was downright painful. That said, William Shakespeare is considered the father of modern drama.

Today, we flock to films about him (Shakespeare in Love), and we adore the modern adaptations (Baz Luhrmann’s Romeo + Juliet). Authors have monopolized not only on Will Shakespeare, the man (who was apparently quite the party animal), but on the characters he created.

We are in the midst of the Ides of March, the middle of the month, when Julius Caesar got bumped off. In homage to William the dramatist, who made the Ides of March famous, here is a roundup of the best works inspired by the illustrious playwright and poet. 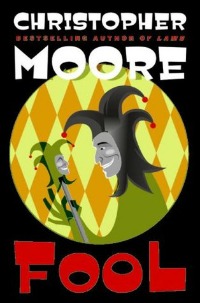 Christopher Moore is the comedic author of works like Lamb: The Gospel According to Biff, Christ’s Childhood Pal and Bite Me: A Love Story, the third book in his vampire series. In Fool, Moore takes a crack at King Lear and follows the king’s court jester, Pocket, through the play’s travails. Pocket has to keep the family together and the king on the throne while trying to get laid. This is raunchy, smart British-style humor at its best. Pocket may be a fool, but he’s no idiot. 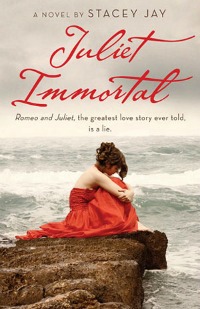 Think Romeo and Juliet, paranormal style. Juliet didn’t kill herself; she was murdered by her love, Romeo, so he could attain immortality. Little did he know she would receive the same gift. For 700 years, they’ve fought over the souls of true lovers, and Juliet would have gone on this way forever — until she meets the one she is forbidden to love and falls for him anyway.

My Name Is Will: A Novel of Sex, Drugs and Shakespeare 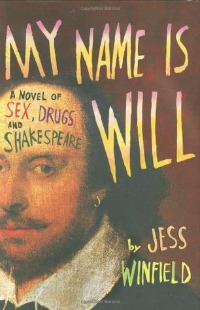 Willie Shakespeare Greenberg is a grad student writing a failing thesis about William Shakespeare. Meanwhile, back in time, the young Bard teaches Latin in Stratford-upon-Avon. They’re both bored and up to no good … and in for adventures in bedrooms, drug dens and yes, even churches. My Name Is Will offers an illicit take on Shakespeare’s biography and is good for a laugh. 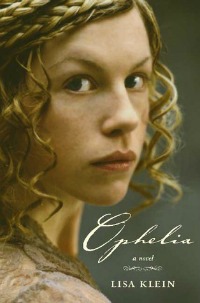 Possibly one of the most memorable female Shakespeare characters, Ophelia steals the spotlight from the Prince of Denmark in this Hamlet spin-off. In this novel, we see the play’s inner workings through the eyes of its tragic heroine. She does truly love the prince, but she must escape bloody Elsinore Castle before it destroys her. Is she perhaps too late? 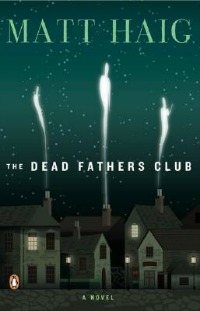 This novel by British author Matt Haig is a dark, modern retelling of Hamlet. Philip is 11 years old when his father dies in a car accident, but daddy’s ghost soon returns to tell young Phil that he was murdered. Of course, Phil must exact revenge — while juggling childhood, girls and school. This book isn’t as funny as you might expect, but it’s entertaining and sticks true to the theme of Hamlet.

Stay up all night with one of these books this Valentine’s Day
Historical fiction roundup: Scientific Discoveries
15 Ebooks to get you through travel (and family!) season