A list purporting to be the collection of Lindsay Lohan’s lovers is making the rounds — but why do we care so much? 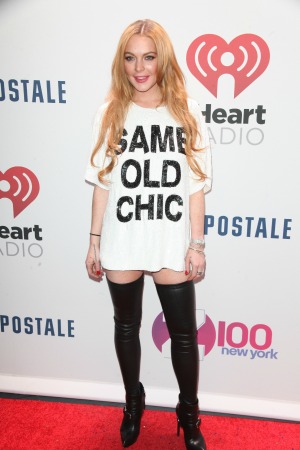 A list reportedly written by no less than Lindsay Lohan herself is circulating today after being published by InTouch, and it allegedly contains the names of at least 36 very famous men she has slept with throughout the years.

The question is, why do we care?

The actress, long the subject of intense scrutiny over her personal and professional choices, allegedly wrote the list in her own hand to impress a gathering of friends in January.

“They were giggling and talking s*** about people in the industry,” a source who claimed to witness the list-making told InTouch.

“It was her personal conquest list. She was trying to impress her friends with the list and then tossed it aside.”

“The list has some pretty big names on it, and they’re not all single guys,” an insider revealed. “This getting out now could rock several Hollywood relationships to the core.”

Some men on the list, like Colin Ferrell, Wilmer Valderrama and Adam Levine, are no angels themselves and have reputations for bedding a multitude of beauties, both famous and not. So where is the list meant to shame these men?

We’ll never see one. Because they are men, and in our society we only slut-shame women over their sexual choices.