Chris Pine was pulled over and arrested for DUI in New Zealand after leaving a wrap party for his latest film. 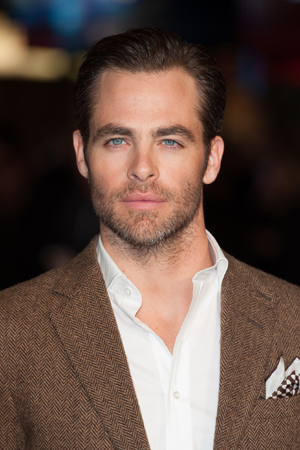 After leaving a wrap party for his latest movie project, Z is for Zachariah, Chris Pine was reportedly stopped by police and arrested for driving drunk in New Zealand.

According to a statement from New Zealand police, Pine was charged with DUI after being tagged with a blood-alcohol level over the legal .08 percent. After he was arrested, police did not identify Pine, but revealed he had been stopped in the early morning on March 1 for a routine stop near the town of Methven.

“Given that the matter is now before the court,” a rep for the authorities said, “police will not be releasing any further information.”

The manager of the Blue Pub, Casey Crawford, told The Press that Pine and his co-stars were at the bar celebrating the end of shooting their new film. The Star Trek star, who was also accompanied by his girlfriend, Iris Björk Jóhannesdóttir, was drinking beer, but did not look extremely drunk before he left at around 2:30 a.m.

“Chris was really good.,” Crawford said. “They were a good crowd, the whole lot of them.”

Crawford also said that the bar provided transportation for bar-goers if they had too much to drink and she wasn’t sure why Pine chose to drive himself.

Pine had spent some time in New Zealand while shooting the film with other big stars, including Margot Robbie of The Wolf of Wall Street and 12 Years a Slave‘s Chiwetel Ejiofor. Both also attended the wrap party with Pine, but were not in the car with him when he got stopped.

So far there has been no comment from Pine’s reps on his arrest.