Little Couple, Big World parents Matt and Amy Roloff announced their marriage has hit some big bumps and have separated. 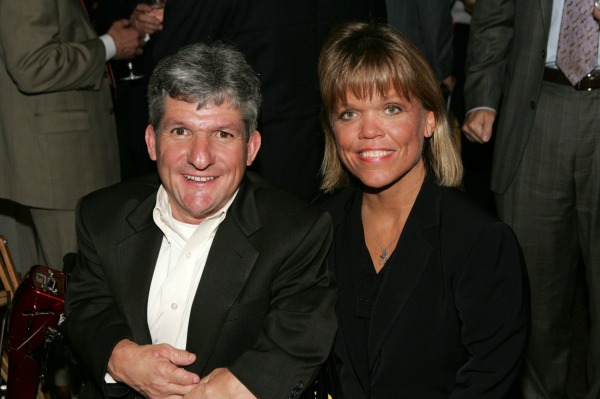 Little People, Big World stars Matt and Amy Roloff have weathered their share of storms throughout the years, but 2013 proved to be too much for the reality stars. The couple has announced they’ve split — at least, for now.

“Though we have weathered many storms together, we recently made the tough decision to engage in a trial separation,” they told People.

“Matt remains living on the farm in our guest house and we work together every day on the farm, on our business endeavors and most importantly, raising our amazing children. We sincerely appreciate the unwavering support, understanding and prayers from our family, friends and many fans. May God bless you.”

The pair, who along with their four children star in the TLC reality series chronicling the lives of the family, three of who have dwarfism, will address the split in an episode airing March 25.

“Last year, it was long and tough,” Matt says in a clip for the new special.

“Amy and I had a lot of tension so right around Thanksgiving, I thought I would move over to the bridal house for a little bit and we’ll try that. Amy and I stuck it out for years and years when maybe we shouldn’t have. I never quite felt at home in my own home so something needed to change,” he added. “We needed to try something different.”

Amy does not sound very happy with the arrangement. “I think what Matt and I failed to do over many, many years is learned to live together,” she said. “It’s not my choice for him to leave. I am saddened by it. We don’t have a plan as far as how we are going to work this out so it’s not going to be easy.”

Watch a clip of the Roloffs discussing their split