After a crazy and shocking Bachelor season, the show’s host, Chris Harrison, gives answers on what he thinks of leading man Juan Pablo Galavis. 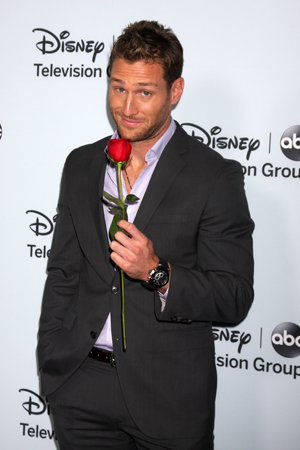 Monday night’s season finale of The Bachelor was one of the most shocking and unexpected in the show’s history. Following the After the Final Rose special that aired right after, host Chris Harrison was asked about his thoughts on this season’s leading man, Juan Pablo Galavis, and he gave it his best to come up with some answers.

Who wins The Bachelor? Clare vs. Nikki >>

Season 18 of the famous dating show has left fans a bit distressed, so Harrison tried to give his side of the story on what went down during the turbulent season with its controversial leading man. Following are some of the best quotes from an ABC interview with the slightly frustrated Bachelor host.

When asked about his awkward conversation with Galavis and the show winner Nikki Ferrell, Harrison said, “I wasn’t harping on him so much to make him say ‘I love you,’ that’s kind of irrelevant to me. It was just, things weren’t adding up, and it was just bizarre.”

He continued saying that Ferrell “wasn’t allowed or able to speak her mind. I almost felt sorry for her. She was uncomfortable.”

“That was the most-puzzling thing. I really felt like I was sitting here, like Jerry Maguire, saying, ‘Help me help you. I’m trying to make you look better,’ Harrison added. ‘Come up with an articulate thought about this woman next to you who has pledged her devotion to you.’ The more he spoke, the worse he looked. I felt bad for both of them.”

Are Sharleen and Juan Pablo back on? >>

“I don’t dislike him whatsoever,” Harrison said about Galavis being “antagonistic” toward him. “I wasn’t mad at him last night. I was just trying to think, ‘How can I make this guy articulate his feelings and show his emotions?'”

“This guy is not looking good, and all he had to do was simply explain that even if he didn’t want to say ‘I love you,’ that’s totally fine, but say something.”

“People took last night as I’m angry, but I’m not. I just wish he’d embraced us a little more.”

Watch some excerpts on Good Morning America with Chris Harrison in the video below: