Bill O’Reilly has made his career off of making unpopular remarks, but this time, did he go too far? 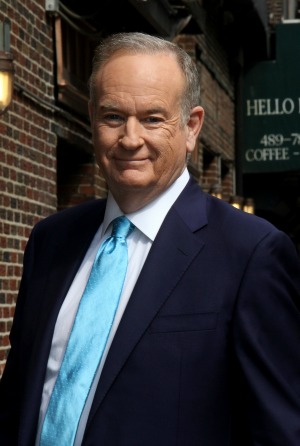 Bill O’Reilly went after the music world on his Fox News show Monday night and decided to single out Beyoncé and her new video for “Partition.” The host had Def Jam cofounder Russell Simmons on his show in an attempt to get an explanation for the steamy video.

Beyoncé: Gender equality is a myth >>

“She puts out a new album with a video that glorifies having sex in the back of a limousine,” O’Reilly said, according to Spin. “Teenage girls look up to Beyoncé, particularly girls of color… Why on Earth would this woman do that? Why would she do it when she knows the devastation that unwanted pregnancies… and fractured families — why would Beyoncé do that?”

Simmons was only on the show to discuss his new meditation book, Success Through Stillness, and apparently attempted to divert the conversation away from where O’Reilly was taking it. But the host wouldn’t let it go and apparently assumed Simmons speaks for all entertainers.

“I believe an entertainer like Beyoncé and a mogul like you have an obligation to protect children, not put out exploitive garbage that you know harms impressionable children,” O’Reilly said. “I think Beyoncé, what she has done here, is inexplicable and I’m asking you, Russell Simmons, to explain it to me.”

“Bill, if you think that the art that comes out of a community…” Simmons answered (or, tried to answer).

O’Reilly interrupted: “That’s art?! Beyoncé in the back of a limo having sex and referencing Monica Lewinsky is art?”

“Yeah, it is actually,” Simmons said. “She’s a brilliant artist. And she’s not only [appreciated] by people of color, as you know, she’s really one of the top artists in the world [to] people of every color.”

“Yeah, she is, and I can’t understand why the woman did it,” O’Reilly said.

O’Reilly also used the interview to slam Bey’s husband, Jay-Z, as well as Kanye West, referring to them as guys “with the hats on backwards and the terrible rap lyrics with the drugs and all of that.” According to Spin, the line of questioning started with a conversation about President Obama’s new initiative, My Brother’s Keeper, meant to “empower young men of color.”

Tell us, did Bill O’Reilly go too far with his comments?