Lena Dunham is riding high as star and co-creator of HBO’s Girls, but is the powerhouse ready to leave her acting chops at the door? 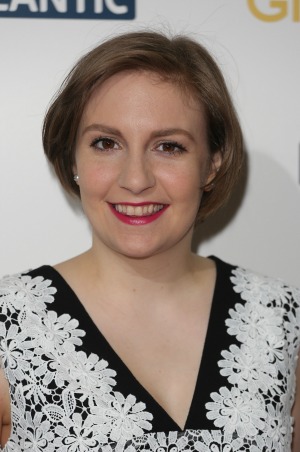 Lena Dunham is star of a super-successful HBO show, but she may be ready to cut back on acting a bit to pursue other endeavors. Perhaps the publication of her new book caused some personal reflection, because the actress told Glamour magazine this month that she is ready to spend more time behind the camera than in front.

“I don’t know if I want to act anymore,” Dunham told Glamour via People magazine. “I’m always relieved on the days I don’t have to. I’d rather give parts to other women than be the woman having the parts.”

The artist just fulfilled one of her dreams in life by hosting SNL recently, and the appearance certainly didn’t show any indication of her slowing down in the acting arena. However, Dunham certainly sounds like she knows what she wants.

She also opened up about some of the inspiration behind Girls, as well as what her boyfriend, Fun guitarist Jack Antonoff, thinks about the nudity in the series.

“I’ve always been attracted to pictures of my parents in the 1970s. That aged photograph palette seems to give importance to their 20s,” she says of the inspiration behind the aesthetic for Girls. “So I was like, I’d like to make something that shows my 20s through the beautiful soft-focus lens.”

And her boyfriend? Well, he supports Dunham and her nakedness all the way. “The dialogue around the show already existed, so it was sort of clear to him what the baggage of dating me was going to be. I remember talking with him on our first date and him being like, ‘God, all the articles about the nudity in the show are such bull—-.’ It’s funny ’cause in some ways that’s the conversation we still have when I’m upset (about the stuff I’ve read).”

Sounds like Lena Dunham has it all figured out. You go, girl!