JLo was (hypothetically) forced to make a decision between two important former relationships in her life, and her answer was pretty surprising. 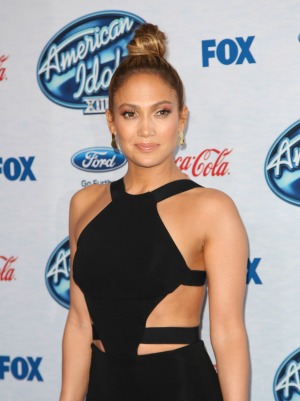 Jennifer Lopez has had some high-profile relationships, even before her marriage to Marc Anthony.

Lopez became involved with P. Diddy (now Diddy) more than 15 years ago when working on her album On the 6, which was produced by the rapper. The relationship may best be remembered by two very high-profile Grammy dresses, but it went downhill after both of them were arrested after a shooting at a New York City nightclub.

Then in 2002, she became part of the super-couple better known as Bennifer. Lopez became engaged to Ben Affleck, but the couple broke up only a day before their wedding. But for a while, it seemed like no one could talk about anything else.

Lopez joined the Big Boy show on Power 106 recently, and she was asked about her many relationships and how she feels about those exes.

Lopez, always the good sport, laughed at the question and answered, “I’d let both those mother f***ers drown.”

The American Idol judge knew it was a joke but seemed to realize right away it may be taken out of context.

“That’s terrible!” she yelled right away. “I’m just joking. Ben, Puffy, you know I love you. You know that. They know it. It was a good punch line… That’s terrible. This is the worst interview ever. You are crazy. You got me in trouble.”

J.Lo isn’t ashamed to admit she doesn’t want to be alone >>

Last year, she opened up about her relationship with Ben Affleck.

“They were really hard on us in the press when we dated back in the day,” she told Ellen DeGeneres, speaking of Affleck’s success with his movie Argo. “On movies and things like that. So it was a nice moment. It was nice to see him have that moment. I was really happy for him.”

After her divorce from Anthony, Lopez started dating Casper Smart and seems to have found peace in her life.