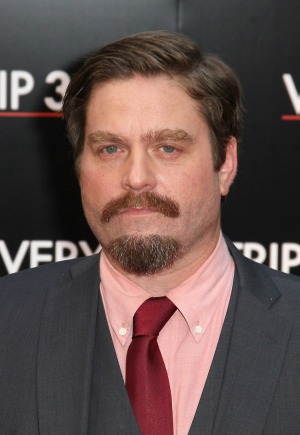 Today President Obama made his grand debut on Funny or Die’s latest episode of Between Two Ferns with Zach Galifianakis in hopes of bringing health care awareness to a younger demographic. But this episode wasn’t the first time the rotund jokester tackled political issues.

Obama does an excellent job of rolling with the punches. He’s a great sport, both making fun of himself and allowing himself to be made fun of. However, in true Galifianakis style, the interviewer goes straight for the jugular and has no problem asking The Prez about topical sore subjects. Let’s just say the video will be enjoyed by Democrats and Republicans alike.

We’ve watched Galifianakis tackle everyone from Justin Bieber to the POTUS, but no one will ever forget Lonely Island’s Between Two Ferns exclusive performance glorifying same-sex marriage.

This particular episode, which dates back to May of 2013, starts out innocently enough in an interview with the ever-hunky James Franco. Before you know it… BAM! You’re in an alcohol-fueled, spring-break-themed video starring Franco, Galifianakis, Edward Norton, Andy Samburg and the rest of the Lonely Island crew. Everyone involved ends up hitched to one of their co-stars. We don’t want to give away any spoilers, so check out the video below to see who marries whom!

PS: Between Two Ferns contains some explicit language. Might want to tell the kids to earmuff it for this one.

As an extra treat, here’s the Bieber video mentioned above. Galifianakis was lucky to get an interview with Bieber in the midst of his “public meltdown.” The interview includes such zingers as “You’ve had three hairstyles,” “What’s next with your career?,” and Galifianakis manages to tackle the extremely sensitive subject of Anne Frank and still making it funny. Take a look.