Once Upon a Time has added another villain to its roster of baddies. We take a look at why the Wicked Witch is a wonderful addition to the show. 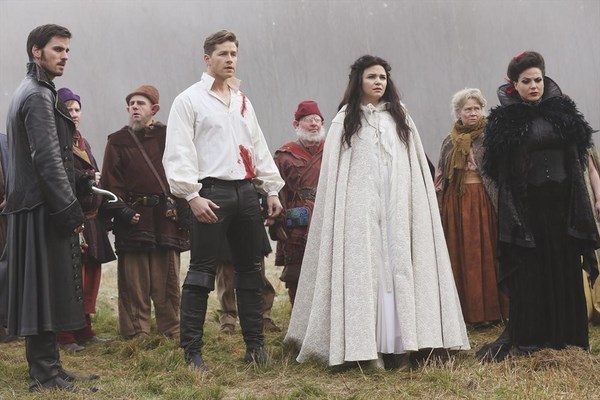 Once Upon a Time returned from its winter hiatus on Sunday, March 9, with an episode called “New York City Serenade.” The episode sent all of the inhabitants of Storybrooke and the Enchanted Forest into a whole new adventure and introduced a brand-new villain — the Wicked Witch.

Though she only appeared at the very end of the episode, the Witch’s influence was felt throughout the entire story. In the winter finale, we saw Hook go to New York and disrupt Emma and Henry’s new life but didn’t have a clue why. In the premiere, we learned that something happened to send everyone back to Storybrooke, and Emma was the only one who could help.

We also learned a little bit more about what happened during the lost year, at least between David and Mary Margaret. Turns out their chats about having another baby were serious when Mary Margaret showed up with a rather impressive baby bump. With Ginnifer Goodwin and Josh Dallas expecting a baby in real life, the news of the pregnancy wasn’t a huge shocker, but it was still fun. Now Emma will have to deal with parents who are her age and a baby brother or sister. That family dynamic grows more and more complicated by the day.

Emma’s life in New York wasn’t the fantasy it first appeared to be, and by the end of the episode we learned that the Witch’s influence stretched into our world. In a wickedly wonderful twist, Emma’s seemingly-perfect-in-every-way boyfriend, Walsh (played by Christopher Gorham), actually turned out to be one of the Witch’s flying monkeys sent to spy on Emma and presumably keep her from returning to Storybrooke.

The addition of the Wicked Witch also came with another nice bonus. It seems to have allowed Regina to move in a different direction that I personally hope will continue. So far, Regina has been mostly bad, with a few moments here and there of goodness. Sunday’s episode had a nice moment where Regina and Mary Margaret were able to bond, and Regina showed a lot more vulnerability. She’s had moments like that before but has always reverted to her evil ways. With a new villain for the characters to battle on the show, hopefully Regina can explore more of her good side.

What did you think of the introduction of the Wicked Witch on Once Upon a Time?