Selena Gomez and Justin Bieber may very well be back together, but not everyone is happy about it. 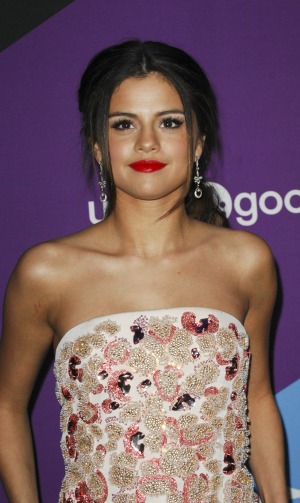 Justin Bieber and Selena Gomez can’t seem to let each other go. After initially breaking up nearly two years ago, the couple’s on-again, off-again relationship has seen many highs and lows.

After the couple showed up this week at SXSW in Austin, rumors started spreading that maybe they are back together. Bieber even put on an impromptu set at the music festival and dedicated the performance to Gomez.

The couple seems to have something together, but it looks like the actress’s family was happier with them apart.

“Selena has chosen Justin over her family in the past,” a source told People. “They are disappointed about that.”

Gomez was admitted to rehab in January (it’s still not clear what it was for, but her rep said it was not for drugs or alcohol), just days after she was seen in Bieber’s neighborhood riding Segways with the pop star. But Bieber has had much more trouble of his own. He was recently arrested in Miami, and a video was recently leaked of a deposition where Bieber testified. Her family may be worried he is leading her back to her partying ways.

Bieber has been constantly talking about Gomez on social media since their initial breakup, but this may be the closest they have been to being together as a couple since then. Gomez and Bieber spiced things up this week by releasing a video of the two of them dancing, and it got pretty hot. But it looks like Gomez’s parents are not happy about any of it.

“Her father has told her he doesn’t like her spending time with him,” the source continued.

Gomez and Bieber haven’t confirmed an official reunion, but it’s easy to guess the couple may be on the path to trying their relationship one more time.