Eek! We love Jake Owen. We’re so glad we recently got to chat with him about his upcoming tour… as well as an unfortunately awesome wardrobe malfunction from last year. 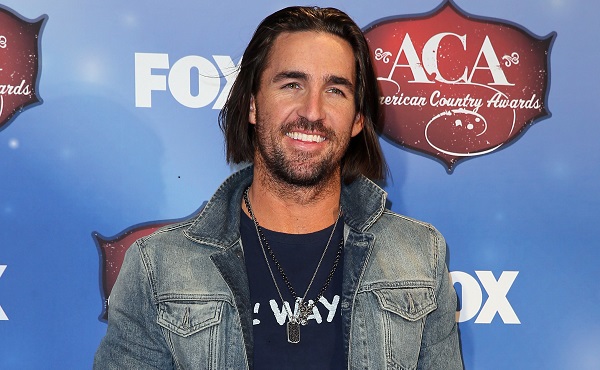 There’s just something about Jake Owen that makes us swoon. We could blame the hair or the eyes. But, when we boil it all down, we all know it’s that barefoot, laid-back mentality about the “Beachin'” singer. It also helps that he gives everything he has to his fans.

When we talked to him, he was hanging out in the 80-degree weather in his hometown of Vero Beach, Florida, while the rest of the country was freezing its butt off through record-breaking cold weather. Of course, the first question we asked him was if he was barefoot. (He wasn’t. He was coming from the gym.) We’ve seen him running around the stage barefoot fairly often, though, and wondered if he’d had any accidents in the process.

“I’ve fallen a few times on stage and split my pants open last year,” he told us. “Yeah, that was pretty embarrassing. But, other than that, I’m pretty good.”

Whoa, whoa, whoa! Owen split his pants? How did we miss that! Was there anything underneath?

“No, there was not. Well, there was, there was. There just wasn’t anything covering up what was underneath,” Owen hinted of the incident that surely made concert goers extremely happy. “Yeah, I give my fans all I’ve got. I’ve gotta give them everything I have. Let it all hang out.”

We can’t imagine the proud pop and super-sweet husband to model Lacey will make split pants a regular occurrence on tour (though we can certainly hope). So, what can fans expect from his upcoming Days of Gold tour? One hell of a party, from the sound of it.

“I got some tricks up my sleeve,” Owen teased. “[I want to] make sure that the people, they spend their hard-earned money and come out, get what they deserve. When they spend an hour and a half, two hours with us that night that they leave goin’, ‘Man I had a cool time.’ That’s my main goal.”

Just like us, the American Country Awards love Jake Owen >>

Owen has definitely learned a thing or two about putting on a properly entertaining tour. Over the years, Owen has toured with the likes of Sugarland and Kenny Chesney. Both acts are known for their well-orchestrated concerts and intricate sets. Owen doesn’t need any fancy backdrops, we’d listen to the boy sing from the back of a truck and be just as happy. But, we still suspect he plans on putting on a good show.

“You know, I’m excited to be going out on my first big arena, headline tour,” Owen added. “First off, I’m excited to have Eli Young Band out there with me cause I’m a fan of theirs. So, it’s nice to have someone to tour with that you’re a fan of. And the same with Cadillac Three and Thomas Rhett.* It’s gonna be a good time.”

Sounds like Owen is ready to party. We can’t wait to see what he has up his sleeve for the Days of Gold tour. Even without a split in his jeans, we’re sure he’ll keep us swooning and singing along. If you can’t catch the tour when it rolls through your neck of the woods, grab a beer and listen to his brand-new single, “Beachin’.” It’ll put you in just the right mindset.

For more exclusive interviews, sign up for our newsletter >>