Taco Bell might be Frank Ocean’s new favorite Mexican restaurant after he ends a feud with Chipotle with a few choice words. 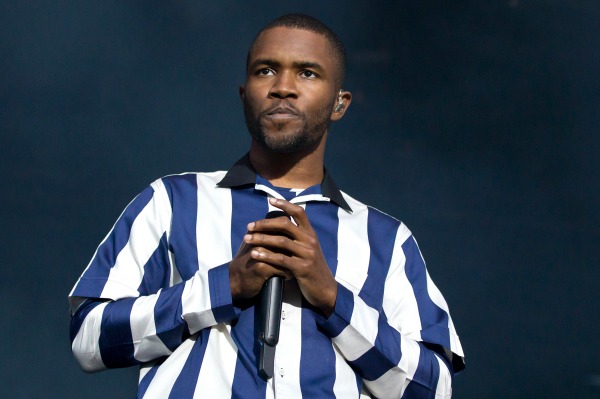 It doesn’t look like Frank Ocean will be patronizing Chipotle anytime in the near future. The singer and the Mexican fast food chain are in a bit of a tiff over a recent ad campaign.

The franchise hired the 26-year-old to record “Pure Imagination” from the classic kids’ film Willy Wonka and the Chocolate Factory. He was paid an advance of $212,500 in July 2013, but he backed out of the gig before it ever aired.

Ocean was upset that the Chipotle logo appeared at the end of the three-minute clip. The theme of the campaign, called The Scarecrow, focused on “the quest for wholesome, sustainable food.”

In August 2013, the “Thinkin Bout You” singer’s legal team wrote to the company, “When Frank was asked to participate in this project, Chipotle’s representatives told him that the thrust of the campaign was to promote responsible farming. There was no Chipotle reference or logo in the initial presentation, and Chipotle told Frank that was an intentional element of the campaign. Frank was also promised that he’d have the right to approve the master and all advertising.”

Fiona Apple wound up recording the track for the ad campaign instead after Ocean and Chipotle couldn’t come to terms.

On Friday, the restaurant filed papers to sue Ocean in Los Angeles County court looking for its money back. On Tuesday, the singer posted a picture of the exact amount owed back to the company with some choice words in the memo line: “F*** OFF.”

The photo can be seen on the musician’s Tumblr account.

As for Chipotle, they are still waiting for the money to arrive.

They told The Hollywood Reporter, “We’ve seen the photo, but haven’t received a check.”