Having been through a divorce, Josh Lucas knows the heartache and would not wish the feeling on even his worst enemy. However, his life does have a silver lining, thanks to his son. 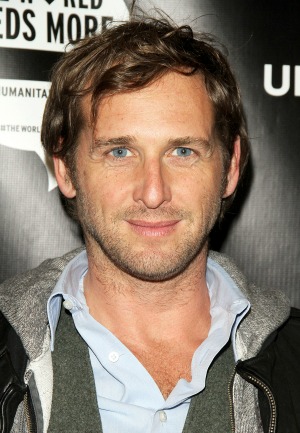 Josh Lucas is not afraid to show his softer side, and he freely admits that splitting from his wife Jessica Ciencin Henriquez in January of this year was one of the hardest and most heartbreaking things he’s ever had to go through.

Channing Tatum refuses to sell pictures of his baby >>

The Little Accidents actor’s wife just recently filed for divorce after less than two years of marriage. However, the couple’s relationship was riddled with its highs and lows from the beginning, and one of the definite lows was when Henriquez revealed she was battling cervical cancer — something the couple faced together.

Lucas revealed to People magazine that divorce is truly something he wishes upon no one and that he and his former partner are trying to remain friends.

“We have been through a divorce and divorce isn’t something I would wish on my worst enemy,” Lucas said. “Even when in our case we have managed to do it not only amicably but as — hopefully in the end — great friends, particularly because we have a young child that we both truly love.”

Certainly, one of the most beautiful and positive things Lucas can take from his marriage is his 20-month-old son, Noah Rev Mauer, and fatherhood has changed the actor’s life for the better. He revealed to People, “My becoming a father has changed absolutely everything in my life, period.”

Lucas continued, “I am more and more wanting to be a part of things that [are] playful and more the things I see my son really responding to and enjoying.”