Did Zach Galifianakis just tap his watch while President Barack Obama explains the Affordable Care Act? Yes, he did. Among other hilarious things. You have to watch this. 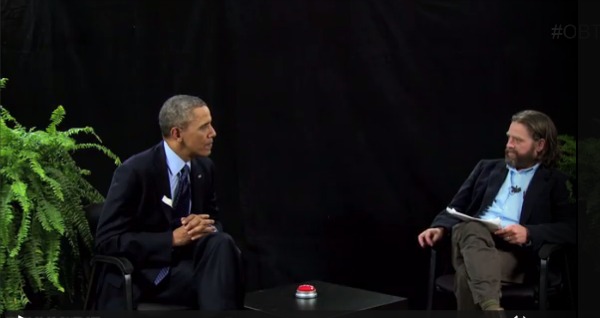 Usually, we’d write several paragraphs of commentary and opinion peppered with a few wisecracks when reviewing a new video, but not this time. If you’re a fan of Zach Galifianakis, Between Two Ferns, President Obama, humor — pretty much anything — you are going to love this.

It even has something for folks who aren’t fans of Obama’s. Stop what you’re doing and watch this. It’s guaranteed to be the best five minutes of your day.

Here is the Bradley Cooper episode of Between Two Ferns. (Some language NSFW.)