No good comes from sneaking into your idol’s dressing room uninvited as a fan of Miley Cyrus’ found out last week when he was left heartbroken and arrested. 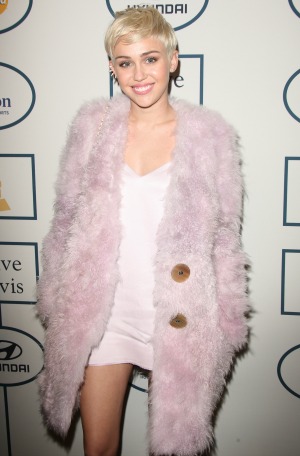 If you’re a massive Miley Cyrus fan and you desperately want to meet her, please heed this as your warning — do not sneak into her dressing room!

The twerker may be making headlines for all the wrong reasons and causing a stir with her bizarre antics. However, she has proven to the world that she still has a legion of loyal fans who will do just about anything to meet her — even if it means slipping past security and sneaking into the “Wrecking Ball” hit maker’s dressing room.

According to Entertainment Wise, this is what one obsessed fan named Tucker Salvesen did the day before Cyrus’ Bangerz concert took place at the CenturyLink Center in Omaha, Nebraska, last week!

Salvesen was so excited for the opportunity to meet Cyrus that he snuck into her dressing room and left her a heartfelt note.

The note apparently reads, “I snuck back here I need to meet you. You have helped me so much your music has given me all the answers I was looking for when my heart got broke … we went through the same thing @ the same time … Miley I love you!!! Please let me meet you.”

Although, in this case, it is really his own fault that he got caught because Salvesen was so proud of his behavior that he took to Twitter to share what he had done!

Clearly thinking he’d done nothing wrong, Salvesen took a picture of Cyrus’ dressing room and posted it on her Twitter page to let her know she had a little surprise inside. He captioned the picture, “I snuck into your dressing room today in Omaha, there’s a note in there for you.”

However, instead of meeting his favorite pop star, Salvesen was left heartbroken, arrested and banned from the concert. According to Omaha TV station KETV, police spotted the 18-year-old when he turned up for the concert the next evening and arrested him before he was able to enjoy the show.

It just goes to show that no good comes from sneaking into your idol’s dressing room uninvited!