Miley Cyrus may be attracting a lot of bad publicity, but Kylie Minogue has come to her defense. In fact, the pop star says she admires Cyrus, and that pop music is just using the young star as a scapegoat. Really? 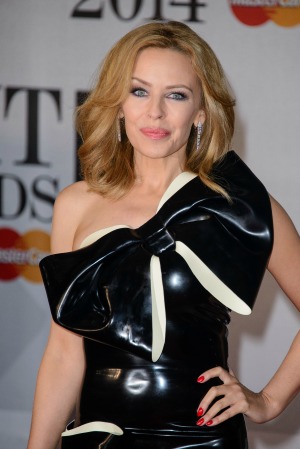 It is no secret that Miley Cyrus has been making headlines for all the wrong reasons these past few months, and there is plenty of controversy surrounding the twerker and her behavior on her Bangerz tour.

However, whilst many stars are looking away in shame and begging Cyrus to stop her latest antics, one star is coming to her defense.

Kylie Minogue knows what the 21-year-old pop star is going through because she experienced all of the craziness for herself earlier in her career.

According to Entertainment Wise, the “Get Outta My Way” hit maker explained her thoughts on Cyrus’ behavior to Glamour magazine.

She said, “Miley is, what, 21? I was going my own kind of crazy at that point in time as well, but maybe it wasn’t as big, or maybe there wasn’t as much scrutiny then. You could go down to the club and do what you wanted. There weren’t so many people with mobile phones following you.”

Cyrus is not the first pop star to dress in raunchy outfits either. The 45-year-old star used to get quite a bit of slack for her barely there outfits, too, especially in her “Spinning Around” music video.

Minogue confessed, “[People would say] ‘she’s wearing hot pants and ankle boots? To a club?’ I mean, I was going out with Michael [Hutchence], and we would go clubbing and I had whacked out outfits on.”

The “Wrecking Ball” singer has disappointed many of her younger generation fans who fell in love with her from her Disney Channel days. Cyrus was once considered to be the perfect role model for children, but is it fair to put all of that pressure on her?

Minogue doesn’t think so! The Voice U.K. judge revealed that she thinks women have a tougher time in the industry — they have to be role models, but men get away with anything.

Speaking to Sky News, Minogue said, “I admire people like Miley, like Rihanna, girls that are just… they are so unapologetic about what they’re doing. Is it too much? It depends on what your personal taste is. But she’s definitely a scapegoat for what might be happening in the broader sense in pop music.”

“Let’s not forget, there’s always been sex, drugs and rock and roll. But the guys seem to get away with it,” Minogue said.