A Beverly Hills police officer is suing the city, claiming he was discriminated against after filing a complaint concerning a fellow officer. 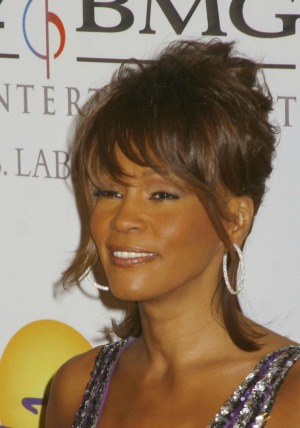 A member of the team who worked at the scene of Whitney Houston‘s death is suing the city of Beverly Hills, claiming he was the victim of retaliation after he reported inappropriate conduct, according to TMZ.

Michael Jackson and Whitney Houston were totally doing it >>

TMZ reports Sgt. Brian Weir alleged that Sgt. Terry Nutall lifted the sheet covering Houston’s naked body shortly after it was discovered and said, “Damn, she’s still looking good, huh?” Weir lodged a formal complaint against Nutall not long after the singer’s death and believes he has been the victim of retaliation due to the report.

Sadly, this is not the first unfortunate situation that has come about in wake of what some believe to be the Queen of Pop’s demise. Less than 24 hours after Houston’s death, her daughter Bobbi Kristina was rushed to the hospital after being given a combination of sedatives and alcohol by family members attempting to calm the teen down. There was also quite a bit of controversy surrounding Bobby Brown, Houston’s ex-husband and Bobbi Kristina’s father. The elder Brown was banned from Houston’s funeral by her family, who believed that the “My Perogative” singer was the one who led her down the path of self-destruction. The National Enquirer came under critical fire after an ill-conceived publicity stunt in which it hired an actress to pose as Houston’s corpse not even a week after her expiration.

Houston’s death scene itself was chaotic, and there were rumors that the fatal drug cocktail may have been provided by fellow singer Ray J, her beau at the time of her passing.

Sgt. Weir is suing for unspecified damages for his punishment claims. In addition to being denied promotions and benefits by his employer, Weir also concedes that he was fired from his position on the SWAT and K-9 teams, which are held in high regard.