After two babies and a very public history of her weight yoyo-ing, Jessica Simpson is looking better than ever and saying she owes it all to Weight Watchers. 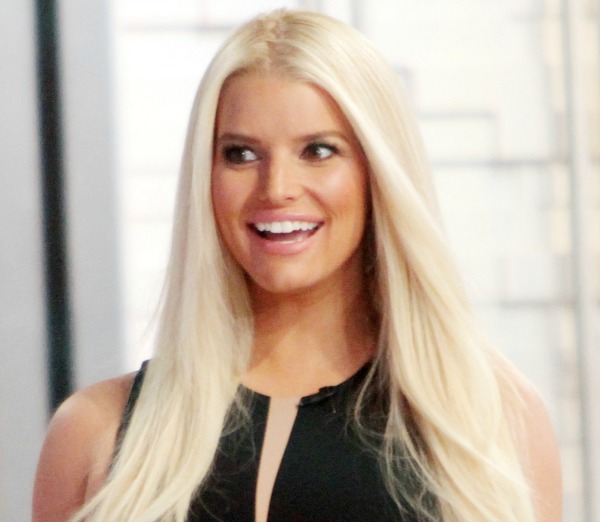 Jessica Simpson has bounced back again and is showing it all off on Instagram! The singer/actress posted a series of photos of herself wearing all white, a notoriously hard color to pull off for people battling the bulge. After giving birth twice in the past two years and fighting to get back into shape, the songstress is looking fab and flaunting it. Simpson is giving all the credit to Weight Watchers for helping her hit her goal weight and allowing her to wear an all-white ensemble again.

The “Sweet Kisses” singer also posted a selfie wearing a sexy orange top, as well as a photo of herself posing with actress Odette Annable.

Simpson gave birth to her first child, Maxwell Drew Johnson, in May of 2012. Almost immediately after that pregnancy, she inked a $3 million deal with Weight Watchers as a celebrity spokesperson. By September of that same year, Simpson claimed that the company had helped her lose a whopping 40 pounds of baby weight. However, the weight-loss run and Weight Watchers deal proved to be short lived, as Simpson announced her second pregnancy in December 2012. Weight Watchers released a statement at that time that they did not recommend the weight-loss program for pregnant women, and that they would pick up where they left off with the singer after she gave birth. And pick it up they did!

Simpson posted a racy photo of herself enjoying some “girl time” with friends. If the photo serves as any indication, it looks like the former Mrs. Lachey is feeling pretty secure and sexy in her new bod!

Congrats, Jessica, keep up the great work with your healthy, happy lifestyle.