After years of waiting, fans can finally hear the supposedly official collaboration between Daft Punk and Jay-Z. Is it good? Well, that’s debatable. 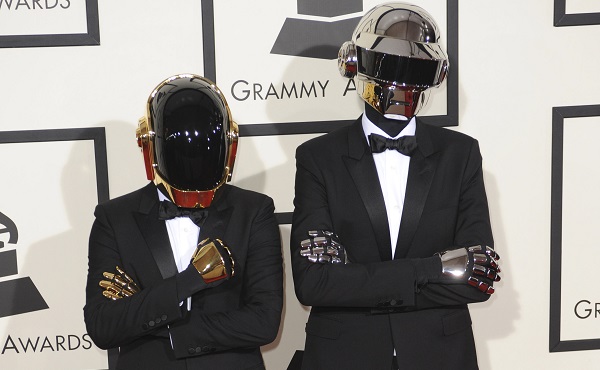 Rumors of a supposed collaboration between Jay-Z and Daft Punk have existed for a long time now, and fans have yet to hear the outcome or learn of any real “proof” of the would-be epic musical partnership. That is until Pitchfork unleashed a track today called “Computerized.”

The music magazine is “confirming” only two details about the mix. First, that it is not a fan-made hoax but the actual outcome of Jay-Z and Daft Punk’s time together. Second, Pitchfork is claiming that Kanye West was not involved in any way with the track, despite rumors that West produced the song. Of course, it seems the magazine’s idea of confirming the track is by saying it’s confirmed it. It has not even said it has a “source” or given a vague idea as to where it received confirmation. This track still seems pretty sketch-eriffic.

And, honestly, we have our fingers crossed that it is, in fact, a fake.

Have you seen the Russian Police Choir cover “Get Lucky?” >>

We’re not opposed to a collaboration between two recent Grammy winners and Mr. Carter. Since the rumors started, we’ve kept our ears to the ground for signs of validity. We want the collaboration to have happened. We just don’t want this to be the outcome.

There’s nothing particularly bad about it. As a matter of fact, we’ve already been caught nodding along enthusiastically. Specifically, the revisit to 2005’s Human After All lends a sense of familiarity of better, less pop-y times to the track. Where the track falls short is on Jay-Z’s shoulders. First, our buddy Jay-Z does an adequate job of working his way through various forms of communication. From there, he goes on to talking about what a pimp he is by rhyming BlackBerry with, uh, BlackBerry. “Start macking on my BlackBerry/ She got jealous/ I was tapping on my BlackBerry,” Jay-Z rolls. First and foremost, we both know you’re not macking on anything, Jay-Z. You’re too in love with Beyoncé to risk messing that up. Second, you’re better than that. The frantic, higher-pitched yelling around the middle eight is also just downright unattractive coming from Jay-Z.

“Computerized” is by no means an awful listen. It’ll certainly make its way into plenty of party mixes in the future. However, we understand why it didn’t make the cut for Random Access Memories. Our only hope is that Jay-Z and the robots team up again in the future for something as magnificent as what fans were expecting.

What do you think of the track?

Keep up with music news by signing up for our newsletter >>