Whatever you do, don’t call Drew Barrymore an actor. She doesn’t wear the title well. Instead, Barrymore considers herself a great pretender. 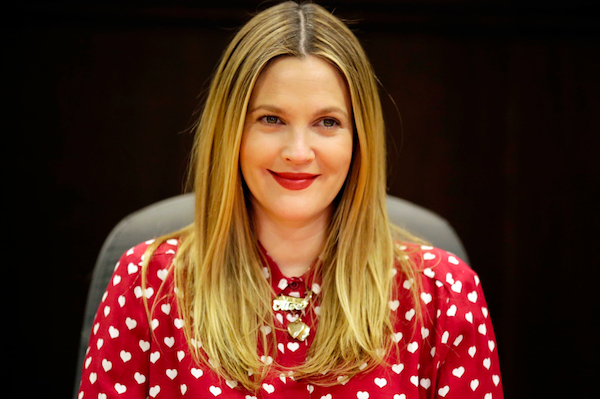 Drew Barrymore was born into an acting dynasty. Her family’s well-known for their contributions to the entertainment industry, which she entered as a child. Her breakout role was the adorable Gertie in E.T. the Extra-Terrestrial. That was the film that helped Barrymore go from actor to pretender.

E.T. director and Barrymore’s godfather, Steven Spielberg, told the young star, “Don’t act your characters. Be your characters.” Those words have followed her throughout her career and have helped Barrymore stay afloat in the ever-changing business.

Drew Barrymore finally has the family she has always wanted >>

“I don’t think I’m a good actor,” said Barrymore (via Us Weekly), “I feel like it’s fake and yucky and it doesn’t ring true. But if you research and you study and make it personal, you just become that person, and it’s your truth and everything else around you falls away. Then you’re telling the truth, it’s not lying, it’s not fake.”

TRAILER: Sandler and Barrymore are frenemies in Blended >>

Some might say that Barrymore’s genetics have given her a competitive advantage. John Barrymore was her grandfather, and Lionel and Ethel Barrymore were her great aunt and uncle. But she believes most of her success stems from Spielberg’s wise words.

“Once I got older and kept continuing acting, I don’t know if I would have succeeded without that advice, because that’s the thing that saved me,” she explained. “I’m not an actor, I’m a pretender.”

So what’s next for Barrymore? She’ll reunite with Adam Sandler for the family comedy Blended. The film opens in theaters May 23.