Divorce isn’t easy for anyone, but RHONYC‘s Ramona Singer is taking it one step at a time. 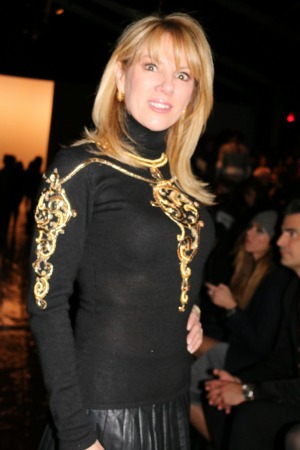 It’s been a tough road this year for The Real Housewives of New York City star Ramona Singer. She reportedly discovered her husband, Mario, cheating on her, and she subsequently filed for divorce.

The reality star visited the Bethenny show to talk about her recent personal struggles.

Host Bethenny Frankel asked the Bravo TV personality, “I know that you’ve had some issues at home and you are dealing with that publicly, is that all on the show?”

The 56-year-old responded, “Well, you’ll see Mario and I together. Right now I am going through some adversity but through adversity you become stronger, and you know what? I have me, myself and I. None of this happened until after the show. My situation with my husband didn’t happen until just a couple of weeks ago.”

The daytime talk-show host, who’s also in the midst of a divorce from her husband, Jason Hoppy, asked about her current state of mind.

Frankel inquired, “Do you feel like you have a new lease on life? Are you heartbroken? Because I’ve just gone through something, too.”

It doesn’t sound like it’s an easy road for Singer at the present time.

Bethenny Frankel’s talk show gets the ax after one season >>

Singer said, “No, really right now I don’t know where anything is going. I have myself, I have my friends. I know my husband loves me, he knows that I love him and we will see what happens. Nothing is written in stone, life is an evolution. Again, ladies and gentlemen, as long as you feel good about yourself, you can handle anything.”

However, it looks like Singer sees the light at the end of the tunnel.

She concluded, “Everything will work out the way I want it to work out.”