She was on such a high from hosting SNL this weekend, but that didn’t stop Lena Dunham from making a social media faux pas. 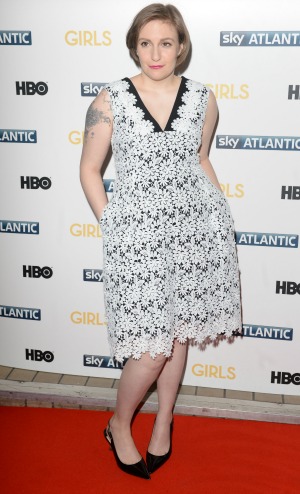 She had a great weekend hosting on Saturday Night Live, but Lena Dunham caused quite an uproar on Twitter after her gig. The Girls creator responded to some of her fans who talked about her nude sketch about Adam and Eve with the hilarious spin on her HBO series.

When a fan tweeted, “you don’t always have to get naked,” the 27-year-old star sure had a comeback.

She quipped on the social media site, “Please tell that to my uncle, mister. He’s been making me!”

That comment really got her followers in an uproar because it implied taboo topics like molestation and incest. As a result, Dunham quickly deleted the tweet and then had to write a few apologies on her account.

It isn’t easy being in the spotlight, but celebrities have to take into account that not everyone will find their humor funny. Since Dunham was so quick to see her mistake and pull down the offending tweet, she found a lot of supporters who applauded her.

It looks like Dunham knows how to control her own publicity and keep the fans in her court.