Elisabeth Moss was married when she was only 27, and if given the chance to do it again, it sounds like she would run the other way. 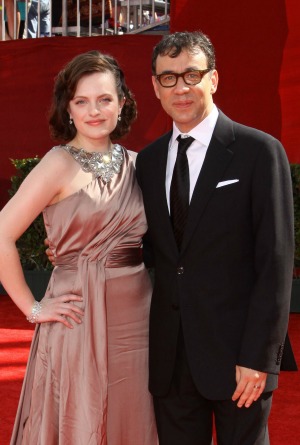 Elisabeth Moss has made her name on AMC’s Mad Men, but it wasn’t too long ago that she was a completely different person. In 2008, her life changed forever when her co-star Jon Hamm hosted Saturday Night Live. From that appearance, she met SNL cast member Fred Armisen.

Elisabeth Moss is dying to be a bad girl >>

After a whirlwind romance, the two were married a year later. But after eight months of marriage, the couple separated in June 2010 (the divorce was finalized in May 2011). Moss is finally opening up about that marriage, and appears to regret every moment of it.

“Looking back, I feel like I was really young, and at the time I didn’t think that I was that young,” Moss told New York Magazine. “It was extremely traumatic and awful and horrible.”

However, the actress said it could have been much, much worse, like if the couple hadn’t realized they weren’t meant for each other as soon as they did.

“At the same time, it turned out for the best,” she said. “I’m glad that I’m not there. I’m glad that it didn’t happen when I was 50. I’m glad I didn’t have kids. And I got that out of the way. Hopefully. Like, that’s probably not going to happen again.”

They were in what?! Emmy nominees’ past roles >>

Armisen apparently agrees with Moss, calling himself a “terrible husband” on Howard Stern’s show, and Moss agreed with the statement in the interview.

Moss is now a big star, and is looking forward to her future. She will return to the set of Mad Men to film the final episodes, which will air in 2015. The first half of the final season of Mad Men will premiere on April 13. Armisen recently left SNL, and currently stars in Portlandia.

You can read Moss’ full interview in the March 10 issue of New York Magazine.