Prince Harry is about to hit the big 3-0, but is he ready to take a big step in his life? Bettors are hoping so. 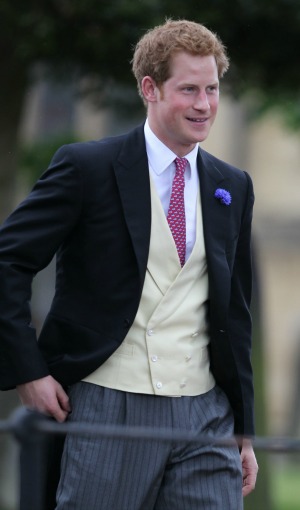 Prince Harry and Cressida Bonas were seen out together over the weekend, leading to more rumors the two will eventually decide to walk down the aisle. But besides just royal-watchers, other are interested in those possibilities.

It looks like British gamers are also keeping a very close eye on the couple. According to People, British betting and gaming firm Ladbrokes has customers betting on a possible royal proposal. The odds that Prince Harry will pop the question this year to his on-again, off-again girlfriend are now eight to one.

“The more Cressida is spotted with Harry, the more [customers] are convinced an engagement is in the cards sooner rather than later,” Jessica Bridge, public relations officer of Ladbrokes, told People.

This isn’t the first time the lives of the royals have been the focus of gambling. After it was announced that Kate Middleton was pregnant, oddsmakers were placing bets on all kinds of things relating to the future king or queen of England, including the date of birth, gender, name and whether the baby would have been born as twins (there was a rumor out there that Middleton may be pregnant with twins). Even though many guessed that Kate and Wills might have chosen a more modern name, the baby’s name, Prince George, was one of the top names guessed by those gambling.

Prince Harry finally listens to the queen! His beard is gone >>

This time, the gamblers are again betting on the lives of those they don’t know. But Harry and Cressida have known each other for a long time, and another royal wedding could very well be on its way.