Robin Thicke’s pleas to get Paula Patton back may have worked as she is reportedly considering giving the flirty singer another chance for a reconciliation. 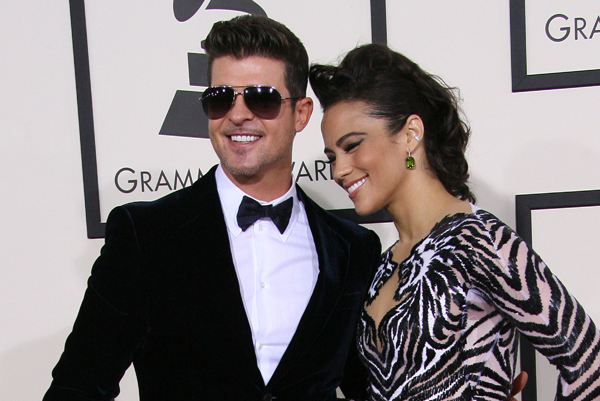 After a series of public attempts by pleading during his concerts to get Paula Patton back, Robin Thicke may be closer at a chance for reconciling with his estranged wife.

Thicke’s constant pleas to Patton during his live performances asking her to forgive him may have actually worked. TMZ is reporting that insiders in the know have told them the actress is “open to giving him another chance.”

Apparently, Thicke and Patton have been in contact the entire time since separating, but the Single Ladies star was very adamant about ending the relationship. However, her tone has now changed and she wants Thicke to show her how he plans to change to make things work between them.

While Patton threatened Thicke with divorce, she never hired a lawyer and she allegedly has no plans to do so, TMZ added. They are positively working things out through regular phone conversations. Ironically, Patton is supposedly not impressed with her husband’s concert groveling and onstage professions of love.

What she likes is that Thicke has remained a good father to their 2-year-old son, often making a point to see him whenever he can and calling him while on the road.

The longtime couple has been married for about nine years and were high school sweethearts. They have a good friendship and vowed to remain close even if they ended up divorcing.

But things turned ugly after Thicke was seen grabbing another woman’s behind after his outrageously raunchy MTV VMAs performance with Miley Cyrus. Rumors claimed that Patton reached a breaking point and told Thicke she had had enough of his womanizing ways.

Thicke profusely apologized and has been begging Patton for forgiveness to the point that it seems it may have worked.