Jennifer Lawrence’s hunky British beau spills the beans about their relationship in an upcoming issue of VMAN magazine. 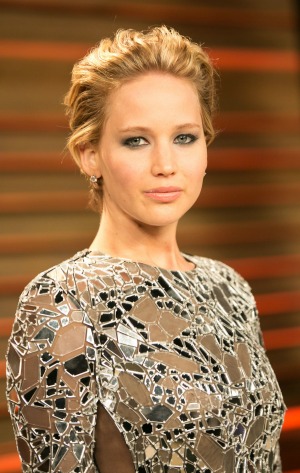 Jennifer Lawrence has certainly been riding high on her career success the past couple of years, and judging by comments her long-term boyfriend and fellow actor Nicholas Hoult has made, her personal life ain’t doin’ so bad either.

Hoult, who you might remember as “R” in Warm Bodies, spilled his guts about his feelings for his supertalented gf in a recent interview with VMAN magazine, according to The Huffington Post. His candor is a bit surprising, considering the lovebirds usually keep their romantic details locked down tighter than Fort Knox. Not that we’re complaining.

The actor, who briefly split from Lawrence back in 2013 and undoubtedly spends a great deal of time away from his significant other, spoke of the “brilliant” time he had when they got to work together on set while filming X-Men: Days of Future Past. “It’s fun because in this business you are away from one another for long periods of time, so when you are on set together it’s a brilliant thing, because you actually get to spend time together. Especially on this film, I got to spend time with her,” Hoult confessed.

The awesomely supportive Hoult also gushed about how much he admires Lawrence for being able to remain grounded despite being Hollywood’s “It” girl. “It’s like that thing whereby you don’t believe your own hype. Enjoy the good times, but don’t get swept away with it,” he said, adding, “I think that’s something she’s capable of doing, and that’s what makes her special, but yeah, it’s very odd, and I am just kind of a bystander in many ways. It is well-deserved for her. I haven’t really seen any change in her.”

Not that dating a mega-star doesn’t come without its stresses. “The privacy thing changes but the rest pretty much stays the same,” Hoult said.

Look for the article and Hoult’s photo shoot with Mario Testino in the spring edition of VMAN magazine, out March 13.