It’s exhausting keeping up with these two. It looks like Selena Gomez and Justin Bieber are testing the relationship waters again. 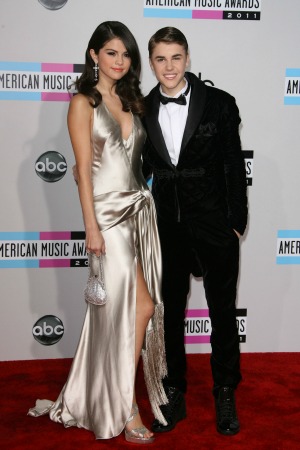 Are you keeping score about the number of times Selena Gomez and Justin Bieber break up and reunite? We’ve lost count at this point, but it looks like the two are back on.

According to E! News, the pop stars were spotted in McAllen, Texas, grabbing a bite to eat with several pals and one of Bieber’s bodyguards nearby. The couple ate breakfast at Don Pepe’s and tried to keep their presence as low-key as possible.

After a breakfast of huevos rancheros for the Biebs and pork chops with salsa for the “Come and Get It” singer, they headed off to the florist, LA Imports. They were seen hugging each other and talking about flowers.

Gomez is in the area for a concert tomorrow night at Hidalgo State Farm Arena. Bieber was last seen in Miami after his deposition in a civil case against his bodyguard. This sighting comes on the heels of the 20-year-old posting Gomez’s photo from the Vanity Fair Oscar party on Sunday. He captioned the photo, “Most elegant princess in the world.”

This on-again, off-again saga is exhausting to follow. Their tumultuous relationship has gone on since 2011 and the duo seems to have a hard time letting go of each other. Gomez’s rehab stint has even been blamed on Bieber’s bad influence on the former Disney Channel star.

For now, consider the Biebs and Gomez back on… until they break up again.