It has been a decade since Mean Girls, but it looks like we may finally get to see a sequel — or at the very least a reunion. 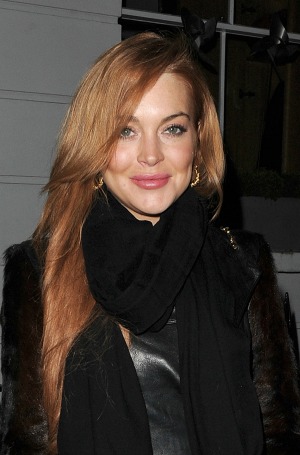 Mean Girls was an unlikely little film in 2004, but turned into something of a cult hit. The film, produced by Saturday Night Live‘s Tina Fey and Lorne Michaels, also starred some big names, including Lindsay Lohan, Amanda Seyfried and Rachel McAdams.

But, 10 years later, it looks like it may be time to revisit the story.

Lohan appeared on The Tonight Show Starring Jimmy Fallon Thursday night, March 6, and talked about the chances of a possible sequel. The conversation started with Fallon asking Lohan about a word she began using that he thought she may have made up.

“I thought you were making up a word like fetch,” Fallon said, referring to Mean Girls.

The mention got Lohan talking about the film and everything she knows about the cast getting back together.

Fallon volunteered his show for the reunion, likely as a skit. Whether Fey and Michaels are seriously in talks to remake the film, it’s not clear if it would be something quick, like a skit, or a full film. But one thing is for sure, fans of Mean Girls agree with Lohan when she looked at the camera and said, “Tina, this is important. This needs to happen.”

Lacey Chabert dishes about Mean Girls on the cover of Maxim >>

Back in February, Lohan and a couple of her Mean Girls co-stars held an impromptu reunion of sorts. The actress, Rajiv Surendra and Daniel Franzese ran into each other, and Lohan took some photos for her Instagram.