Kristen Bell and Dax Shepard are not backing down on their war against the paparazzi — and they have rounded up some powerful celebrity friends to help their cause. 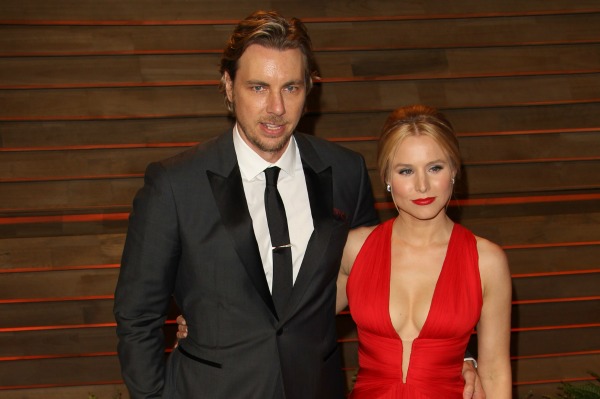 Kristen Bell and Dax Shepard are amping up their war against the paparazzi. They have already gotten several media outlets on board their plan to not show any unauthorized paparazzi shots of the children of celebrities, and now they are taking their fight public and taking on the head of a major pap agency.

“We certainly knew that children had a price on their head for paparazzi before we had a kid,” Bell explained to Access Hollywood. “We never felt it as close to home as when we had our baby, and we dealt with the photographers that were on the ground and how aggressive they can get.”

The actress described how terrifying it is to walk alone, without bodyguards, with an infant in arms while a throng of paparazzi surrounds and screams to get a photo.

“It’s one thing to choose to be in this business, which we did,” Bell explained. “I know that I’m probably going to see paparazzi on the street when I go to the grocery store. I know those things. But when it comes to my kid, I become a mama bear and I’ve realized she didn’t choose any of this.”

“I think it should be a sacred time when you grow up and if you don’t choose to be in this business, like the children don’t, we’ve got to leave them out of it,” she said. “And I feel like I just wanted to start a conversation with other people who care about the welfare of children and let them know the bad behavior that actually goes into [getting the shots].”

But AKM/GSI photo agency owner Steve Ginsburg called Bell and Shepard’s remarks “hysterical” and said it is simply a business decision. “Because if I say to photographers out there ‘I will no longer accept photos of children,’ they will pack up, leave to another agency, and I’m out of a business,” he said. “It is our constitutional right to take the picture!”

Tell us: Do you support the #NoKidsPolicy campaign?