It has been a tough few months for Ke$ha, but she is finally out of rehab and appears to be much happier and healthier. Let’s hope she stays this way! 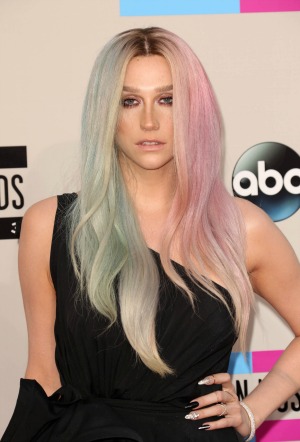 The past few months have not been easy for pop singer Ke$ha as she previously checked into Chicago Timberline Knolls Residential Treatment Center just after New Year’s for an eating disorder.

At the time she entered rehab, the “Warrior” songstress released a statement to MTV News, saying, “I’m a crusader for being yourself and loving yourself, but I’ve found it hard to practice. I’ll be unavailable for the next 30 days, seeking treatment for my eating disorder … to learn to love myself again, exactly as I am.”

But it appears the star is back after completing her two-month rehab stint, and she appears to be happy and healthy.

Ke$sha took to Twitter to share with her 3.5 million fans on Thursday night that she was back. She wrote, “Happy to be back! Feeling healthy & working on tons of new music. I can’t thank my fans enough for all the love & support u have given me???.”

And in a later tweet, the pop star posted, “Life is beautiful. I’m so blessed to have u all.”

And leaving rehab with a healthier attitude is not the only change that has occurred in the “Tik Tok” hit maker’s life. It appears she has also dropped her signature “$” sign from her name, which now simply reads “kesha” on Twitter. She also has changed her Twitter handle from @Keshasuxx to @KeshaRose. Perhaps rehab made her grow up a bit?

We’re glad Ke$ha has managed to get the help that she needed, and we wish her all the best in her future. Let’s hope she can remain healthy and happy this time around.