Prince Harry has officially launched a Paralympic-style championship for injured servicemen and servicewomen to honor and help positively impact their lives. 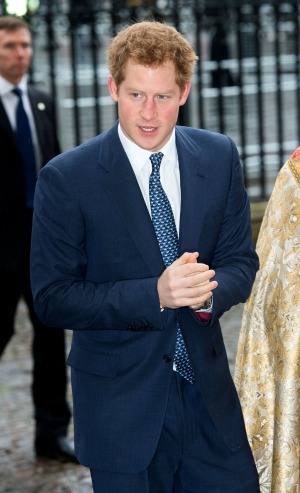 Prince Harry has once again proven to the world that he is a passionate man with a big heart.

According to Us Weekly, the royal has been working hard to launch a Paralympic-style championship in the U.K. — an idea he took from the Warrior Games in the U.S. after watching the event last May — and now, the Invictus Games event has finally been launched.

“[It was] such a good idea by the Americans that it had to be stolen,” Harry said during the official announcement at the Copper Box Arena in London, England, on Thursday.

“But I wanted to bring it to a broader international audience,” he added.

The international sporting event has been created to allow injured members of the British Armed Forces the chance to “celebrate their fighting spirit” by competing in the sporting competition.

The red-headed royal said, “I have witnessed firsthand how the power of sport can positively impact the lives of wounded, injured and sick servicemen and women in their journey of recovery.”

Prince Harry finally listens to the queen! His beard is gone >>

“The Invictus Games will focus on what they can achieve post-injury and celebrate their fighting spirit through an inclusive sporting competition that recognizes the sacrifice they have made.”

Harry continued to reveal how passionate he is about the event and how happy he is that it will finally be taking place in his homeland. He said, “I am extremely proud to be bringing an event like this to the U.K. for the first time and believe it can have a long-lasting impact on the well-being of those who have served their nations so bravely.”

The Invictus Games will begin in September, and some of the events will include shooting, wheelchair basketball and sitting volleyball.

It’s always nice to see some good happening in the world!