Lance Bass may now be an openly gay man, but it wasn’t always so easy to reveal his sexuality to others, including his *NSYNC bandmates. But one of the members discovered his secret by accident. 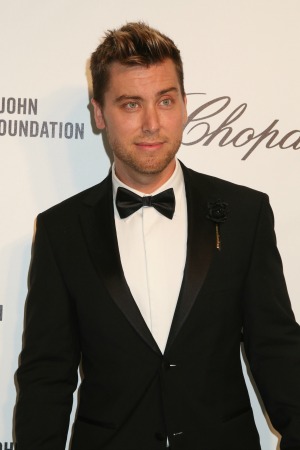 *NSYNC was one of the biggest boy bands of the ’90s, and with their immense popularity came immense pressure to maintain a certain image.

No doubt it was a hard task for singer Lance Bass to have to come out as gay to his *NSYNC band members — the group consisted of Bass, Justin Timberlake, Joey Fatone, JC Chasez and Chris Kirkpatrick.

Bass may now be openly gay and in a very happy relationship with his fiancé Michael Turchin, who he proposed to in New Orleans in late August 2013.

However, it was not always so easy to reveal his sexuality to the world, and that included his bandmates. However, Bass didn’t really have to tell Joey Fatone he was gay — Fatone found out by complete accident.

Bass came out when he was 21 years old, and in an interview with Access Hollywood on Wednesday, he revealed the moment when Fatone first discovered he was gay. The “It’s Gonna Be Me” singer said, “Joey walked in on me with the guy I was dating just kind of sitting on my lap. Straight guys don’t do that.”

Luckily for Bass, his bandmate made things easy for him, and Fatone was very chill about the whole situation. Bass recalled the conversation between himself and Fatone saying, “He was like, ‘Dude, I don’t care.’ I’m like, ‘Surprise!'”

Even though Fatone had been cool about the situation and kept Bass’ secret, it still took Bass a few more months before he could muster up the courage to tell the rest of his bandmates, although none of them were really surprised.

Bass said, “It was a few months after that before I told the [rest of] the guys. I don’t think anyone was surprised.”