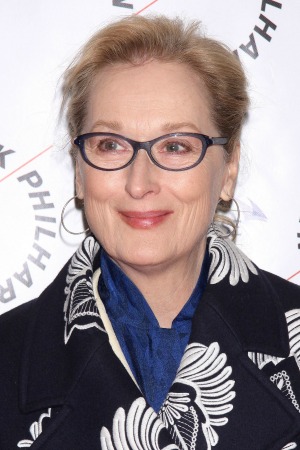 As if Jimmy Kimmel‘s awesome remakes of famous YouTube videos aren’t hilarious enough on their own, the talk-show host has created a cheeky celeb-filled behind-the-scenes extra.

Apparently the Hemsworth brothers found it a bit, ahem, hard to work with the ever-lovely Meryl Streep, as Chris claimed that she was very “hands on… very hands on” with him on set. Streep‘s comments don’t make Chris’ allegations so hard to believe. “I don’t know which one was Liam and which one was Chris,” said Streep, “but I just know they are both f—ing hot as hell!” Duh, Meryl, welcome to the Hemsworth Family Fan Club!

Speaking of the Hemsworth bros (who we hope will someday share the screen together), Chris let the cat out of the bag that the younger Hemsworth was an accidental conception. “I walked past Mom before and heard her saying to Dad, ‘Oh f–k I wish we never had Liam,” claimed Chris. “And Dad said it too. He said, ‘If I had to pick one son to die, it would probably be you (Liam),” the elder Hemsworth went on. “Shut your mouth!” whined Liam.

A Rastafarian Seth Rogen showed up on set and was pretty PO’d about what he had been cast in. “I didn’t even know what it was about until I showed up. And I was pretty disappointed when I got here, I’ll be totally honest. I thought this was a Skittles commercial.”

Gary Oldman, on the other hand, had a very enlightening experience on the Kimmel set. “I learned a great deal from Sir Ben (Kingsley) and Christoph Waltz,” he said. “I mean, they taught me how to kind of light my farts.”

Whatever their reasons for accepting their parts in the project, we’re glad they all did because all of these A-listers are uproariously funny. Check out the video below!