Brooke Burke-Charvet was let go by Dancing with the Stars, but to her, that was nothing compared to explaining the whole thing to her kids. 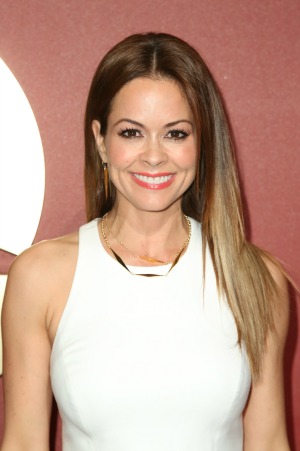 The big shake up on Dancing With the Stars was as much of a surprise to Brooke Burke-Charvet as it was to pretty much everyone else. The former host was told she wouldn’t be returning for the new season, and sports reporter Erin Andrews would be taking her place.

“The only shocking thing about it, for me, was the way in which it all went down,” the 42-year-old wrote on her blog on ModernMom. “Finding out that I would not be returning to the ballroom just weeks before the premiere was quite a shake up. I would have appreciated a heads up and the courtesy of communication, but we are not always privileged to get that in the workplace.”

“My son shouted, ‘You got fired Mommy?!'” Burke-Charvet said. “I tried to explain the difference between being fired and being let go. Then he yelled, ‘You quit!’ I laughed at the fine line in it all. Then I did my very best to describe to my children the reality of change and the need to maneuver through it with grace.”

But Burke-Charvet doesn’t seem to have any regrets and is looking at her reign with nothing but great memories.

“I had eight (NOT seven, as written everywhere) fabulous seasons co-hosting the show. It was a blast! I made many friends, which I will keep and support in every way,” she said. “I had the honor to work beside Tom Bergeron, whom I adore and have great respect for. I learned many valuable life lessons and TV skills in the chaos of live television. I am very grateful for my time at DWTS, and I’m never greedy — eight seasons was the perfect run.”

Even with the eight-season run, the host knows all eyes are on her right now. She said, “The way in which you walk out is equally as important as the way you stroll in. That goes for life, love and everything in between.”