Sam and Dean are in the midst of an epic brotherly brawl on Supernatural Season 9, and there are no signs of it ending any time soon. Will the brothers ever make up? 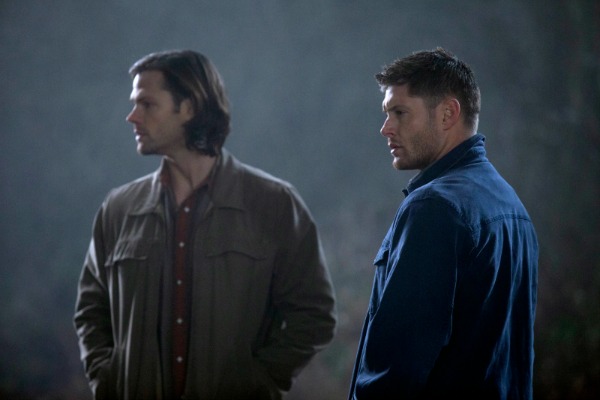 Supernatural Season 9 has seen the Winchester brothers through some tragedies and has led to one of the most-epic brotherly brawls the show has ever had.

It all started early in the season when Dean (Jensen Ackles) had to make a difficult choice in order to save his brother. After taking on some of the Trials that were supposed to close the Gates of Hell, Sam (Jared Padalecki) was in terrible shape. Luckily, they were able to stop the Trials before Sam was killed, but the damage had already been done.

Fantasy gets another year! The CW announces early renewals for Supernatural and more >>

Sitting in a hospital room with a brother quite literally on death’s door, Dean took a journey into Sam’s mind and discovered that the younger Winchester was ready to die. But Dean wasn’t ready to give up, and he accepted help from an angel claiming to be a good angel named Ezekiel but ultimately turned out to be a rather shady one named Gadreel. The angel told Dean that he could heal Sam, but he would have to do so while possessing him.

So Ezekiel/Gadreel took up residence inside Sam, coming out whenever the younger Winchester needed saving and causing a lot of confusion for poor Sam when he found himself in places he didn’t remember going.

To be fair, Gadreel wasn’t necessarily an evil angel, he was just one who had made some mistakes and became tempted by Metatron. But those temptations caused Gadreel to use Sam’s body to murder a good friend of the Winchesters, and once they got him out, it left the Winchester brothers’ relationship in shambles.

Once Sam discovered what Dean had done to him, he understandably became upset and said some harsh words to his older brother. It was no huge surprise that the two then separated, but what has become surprising is how long their separation has lasted. Even though they are physically in the same space again and even going on hunts together, they are, for all intents and purposes, separated.

In the most-recent episode of the show, titled “#THINMAN,” Sam and Dean were joined by their one-time foes, the Ghostfacers. The appearance of Ed and Harry was expected to bring lightness and perhaps a few laughs, but instead there was more fighting as — in a strange twist of fate — Ed and Harry ended up in a very similar battle to Sam and Dean’s.

With multiple episodes having gone by since the split, the brothers appear to be no closer to a resolution, leaving some fans to wonder how long the clash will continue. Dean has already shown his willingness to move on, but Sam doesn’t seem to be ready to let go of his anger any time soon. While Sam does have the right to feel upset about Dean lying to him, does that mean that things will never be the same between them again?

What do you think? How much longer will the Winchesters be at odds on Supernatural?