B. Howard, a 31-year-old man who recently came out of the woodwork to claim Michael Jackson is his father, is ready to go public with DNA results. But what do we know about the kid who is Jackson’s son? 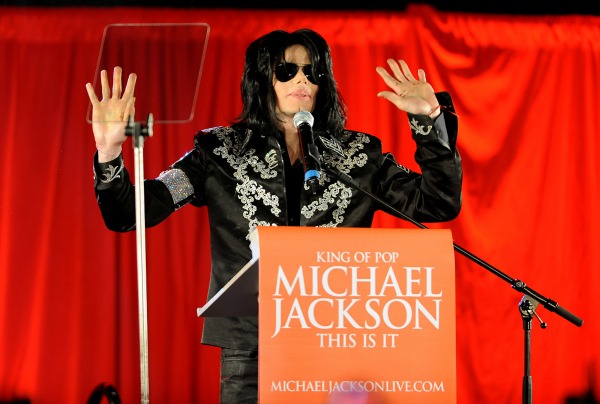 Alleged DNA tests have shown that there is a 99.9 percent chance of Michael Jackson being the father of aspiring entertainer B. Howard. While not much is known about Howard, besides the fact that his might-be father is arguably one of the most-famous people ever to have lived, here are five things we do know so far.

Michael Jackson death doc: “I held his penis every night” >>

But then again, who wouldn’t be. Howard’s video for “Dancefloor” is very MJ-esque and harkens to the King of Pop’s music videos from the ’80s. Howard’s emulation of Jackson’s work from his heyday could be construed as an homage. “Don’t you trust me?” he asks his female companion in a playful, child-like manner. Howard has the same boyish charm as his could-be father, and the video is very reminiscent of the beginning of MJ’s epic “Thriller” video.

Press play on the “Dancefloor” video. Close your eyes. Listen. Now open your eyes. Psych! It’s not MJ! Howard sure does sound like him, though, and the catchy tune he’s singing has the same vibe as some of Jackson’s earlier tunes as well. His moves are a little bit closer to William Hung than the King of Pop, but let’s be fair, those are some pretty big dance shoes to fill.

3) Billie Jean really could have been Michael’s lover

Howard’s mother is a singer named Miki Howard, who was repped by Michael’s dad, Joe Jackson, in the early 80s. According to TMZ, Miki Howard went by the name Billy during that time. B. Howard is 31, which would likely place his date of birth in 1981. “Billie Jean” came out in 1983. Hmmmmm… looks like Billie Jean really coulda been MJ’s lover. She wasn’t just a girl who thought that MJ was the one. Ouch!

Judging by a photo of Howard on Instagram, the Jackson family gene pool is quite strong. But we already knew that. Just look at Michael and LaToya.

While there isn’t much info on how involved or how much contact he has actually had with the Jackson clan, there is evidence on his Instagram that Howard has, at the very least, rubbed elbows with the famous fam. He posted a photo of himself in 2013 posing with MJ’s sister LaToya.

What do you think? Are the DNA tests going to turn out to be legitimate? Or is Howard pulling a publicity stunt to further his own career? How do you think the late King of Pop’s other children feel about the claim?