It seems like Adele Dazeem has a lot of mileage as a joke. Idina Menzel’s Broadway colleagues took the joke one step further. 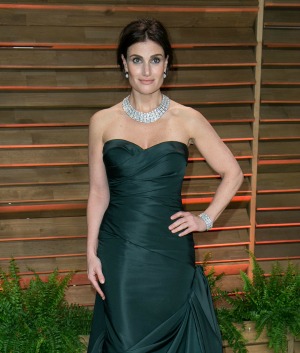 If you can’t beat ’em, join ’em. It looks like a few cast members of Idina Menzel’s new Broadway show, If/Then, decided to capitalize on the John Travolta name debacle from Oscar night. The Pulp Fiction star mangled the Tony winner’s name so badly that fake Twitter accounts with “Adele Dazeem” showed up within minutes of the mistake.

If/Then understudy Janet Krupin tweeted out a fake Playbill insert with the star’s altered name and bio. It included a photo from Sunday’s Oscars and stated, “At this performance, the role of Elizabeth will be played by Adele Dazeem.”

Why was Batkid cut out of the Academy Awards? >>

The bio also highlights some of her other entertainment credits. It said, “Adele made her Broadway debut as Moritz in the Tony and Pulitzer Prize-winner, Nert, for which she received a Tony Award nomination.” In reality, Menzel played Maureen in the Broadway hit Rent.

She also starred in Wicked-ly and as the voice of Elsa in the Disney film Farfignugen, according to the parody bio.

5 Matching tattoos Amy Adams and Cate Blanchett possibly got together >>

The furor hasn’t died down with fans continually “Travoltifying” their names after Salon created an “Adele Dazeem Name Generator” on social media. Travolta has brushed off the embarrassment by joking, “Let it go, let it go!”

Preview performances for Menzel’s show began on Wednesday at the Richard Rodgers Theatre in New York. The show is scheduled to have its official Broadway opening on March 30.