Carlton Gebbia of The Real Housewives of Beverly Hills had way too many tequila shots and passed out at a restaurant. The reality star had to be rushed to the hospital when she remained unconscious. 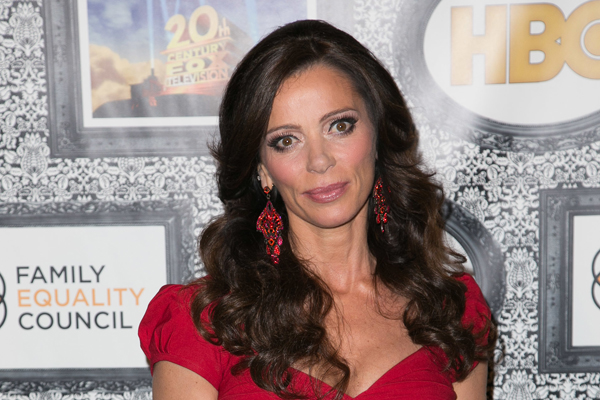 After too many shots of tequila, Real Housewives of Beverly Hills star Carlton Gebbia passed out at a Beverly Hills eatery and apparently had to be hospitalized when she did not regain consciousness.

News broke yesterday that the reality wife had passed out while eating at Mastro’s Steakhouse on Wednesday night. On Thursday, Gebbia posted a message on Twitter admitting what had been speculated: that she had too much to drink.

“Sorry!Apparently I don’t hve the Irish wooden leg!” she wrote. “All is well Thk u Cant handle 6shots of tequila.Wen did I become such a lightweight?”

Then, she tweeted another message saying, “I can’t even explain what happened.Nvr knew there was a limit. Brokers sent over shots I drank n lost count.Didn’t even order bloody dinner.”

While Gebbia was at the posh restaurant with friends, she passed out cold at the table after downing an excessive amount of tequila. According to TMZ, a 911 call was placed from the eating locale at around 9:20 p.m. When paramedics arrived, the RHOBH resident Wiccan was still out and had to be taken out of the restaurant in a stretcher.

As she was put into the ambulance, Gebbia remained unconscious, so she was taken to the hospital for precautionary measures. After her initial tweets about the drunken incident, the British socialite posted another tweet further explaining her hospital experience.

The Real Housewives newcomer joined the franchise for RHOBH‘s fourth season and has gotten off to a good start. She gets along with everyone except for Kyle Richards, People magazine reported, and she is actually a witch.

“My ancestry is Celtic, which means we’re from all over England,” Gebbia said. “But my grandmother was a pagan who practiced witchcraft. I’m pagan, but under the umbrella of paganism, Wicca is part of the religions. I’m a solitary practitioner, which means I don’t belong to a group or a coven.”