Get ready to meet B. Howard, the 31-year-old son of Michael Jackson. After word of a positive DNA match went public, the man whose name everyone will soon know posted a video online. 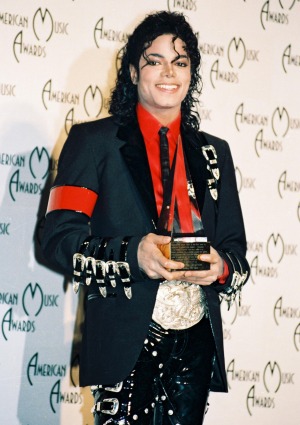 There’s a 99.9 percent probability that Michael Jackson is the father of a 31-year-old man. Alleged DNA tests have essentially proven the late singer is dad to Brandon Howard, who goes by the name B. Howard.

The alleged test results, obtained by Alki David and FilmOn.com, show there is only a very small chance Jackson is not the biological father of songstress Miki Howard’s son. David told TMZ Live he obtained Jackson’s dental impression from a Beverly Hills doctor through an auction, and it contained enough DNA to complete the test.

Interestingly, the gossip site reports Miki Howard went by the name Billy in the early ’80s. While B. Howard was likely born in 1982, Michael Jackson’s “Billie Jean” was released in January of 1983.

Naturally, the new information puts the lyrics “Billie Jean is not my lover” and “The kid is not my son” in a new light.

“Billie Jean is kind of anonymous. It represents a lot of girls. They used to call them groupies in the ’60s,” Jackson, who died in 2009, said previously when asked about the inspiration for the hit.

“They would hang around backstage doors, and any band that would come to town they would have a relationship with, and I think I wrote this out of experience with my brothers when I was little. There were a lot of Billie Jeans out there. Every girl claimed that their son was related to one of my brothers.”

Heartfelt notes from Michael Jackson and his children >>

B. Howard, an “accomplished musician, producer and songwriter of some of the best pop songs on the airwaves” according to his Facebook profile, has chosen to address the Jackson DNA test directly. Check out the video he posted to the social site Thursday:

What do you think of the video from Michael Jackson’s son?