Batkid was set to make his international debut at the Oscars on Sunday, but at the last minute, he was cut out. Luckily, Andrew Garfield was there to save the day. 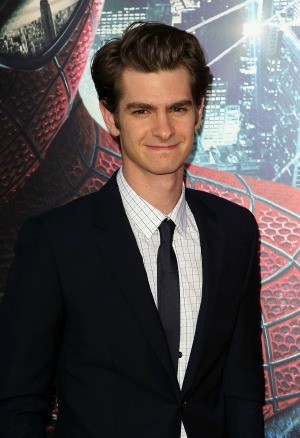 Nearly a week after the Academy Awards, big controversy is brewing over a segment left out of the awards ceremony. Miles Scott may not be a household name, but he stole the heart of the country as Batkid — a Make-A-Wish recipient whose wish turned San Francisco into Gotham for a day.

Miles, 5, was meant to make an appearance at the Oscars during a montage of movie heroes throughout film history, introduced by Chris Evans, Jim Carrey and Sally Field. He even traveled to Los Angeles with his family, but had his segment canceled the day of the show.

So what happened? According to the Hollywood Reporter, a series of events led to the cancellation. The first was that Miles was meant to appear with The Amazing Spider-Man‘s Andrew Garfield. When the star canceled, he was replaced by Captain America‘s Chris Evans. But beyond that, the Academy isn’t doing much explaining on why they needed to cancel Miles’ appearance.

“Due to the nature of a live show, hard decisions sometimes must be made which require the Academy to cut segments due to the logistics of production,” the Academy told THR in a statement.

“I don’t know if they ran out of time, or if there was something about the segment they didn’t like,” Natalie Scott, Miles’ mother, told the International Business Times. “It got pulled so quickly that we didn’t have a lot of insight into what was going on.”

A rep for Garfield said he was cut out of the show along with Miles, and did not cancel as originally reported.

“Here are the facts: In full collaboration with the Academy and the show writer, Andrew prepared a segment for the Oscars to honor Miles Scott as the true hero that he is. At some point overnight on Saturday/Sunday morning, it was decided by those running the show that the segment didn’t work in the ceremony,” Garfield’s rep Rupert Fowler told Us Weekly. “They decided to pull it — Andrew and Miles were equally upset. Andrew did the right thing for Batkid and anyone saying otherwise is flat-out lying.”

Samsung donates $3 million to charity because of Ellen’s selfie >>

Garfield and Miles rehearsed the segment together on Saturday, but the producers decided not to keep it in the show. However, Garfield wanted to make it up to the 5-year-old and his family.

“Andrew Garfield understood that his segment had to be omitted, and he drove to Disneyland on Monday to spend time with 5-year-old Miles Scott (Batkid) and his family,” the Academy’s statement continued.

Since his day as Batkid, Miles has gone into remission, but his story is still remembered across the country.