As Hannah on Girls, Lena Dunham flashes her, um, girls so often we kinda feel like they’re part of our social circle too. But Dunham isn’t the only celeb exhibitionist on the block. From Kate Winslet to Rihanna, check out these serial nudists. 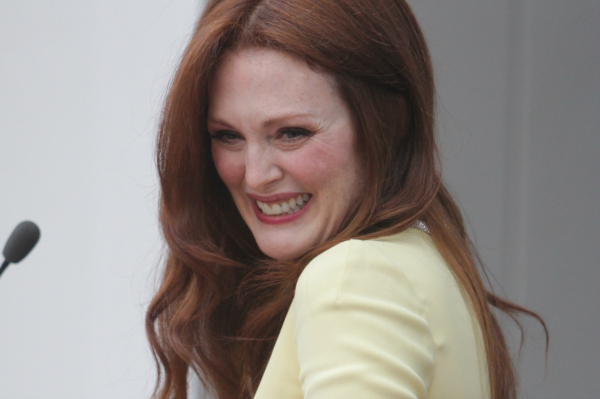 She may not strike you as the type who likes to strip down, but Julianne Moore has a seriously stacked (teehee… couldn’t resist) résumé when it comes to disrobing for roles. The redheaded star’s numerous nude scenes include Body of Evidence, Short Cuts, Boogie Nights, The Big Lebowski, The End of the Affair, Chloe, The Kids are All Right and The English Teacher. She also stripped down in 2010 for a frisky Bulgari ad campaign. 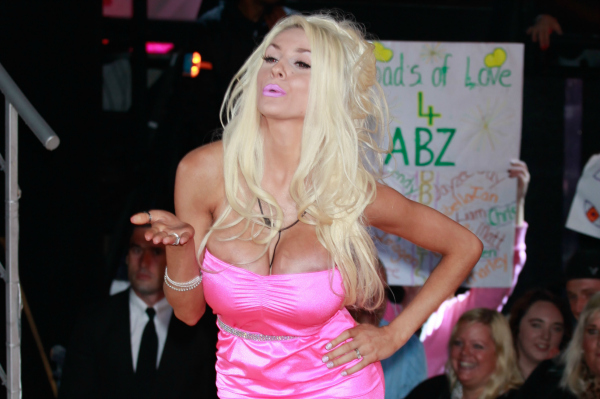 While we’re hesitant to call Courtney Stodden a celebrity, she’s famous for at least two things: one of the ickiest Hollywood marriages ever and a habit of flashing her lady bits. For years, Doug Hutchison’s former teen bride has writhed around in barely-there ensembles in her “music” — we use that term very loosely — videos, but she’s stepped up her game lately. In December 2012, she tweeted everyone a Merry Christmas wearing nothing but a pink Santa hat and satin gloves, and last April she bared it all on the cover of Girls and Corpses magazine. She also confirmed she’s got a sex tape stashed away, but we’re praying that never sees the light of day. 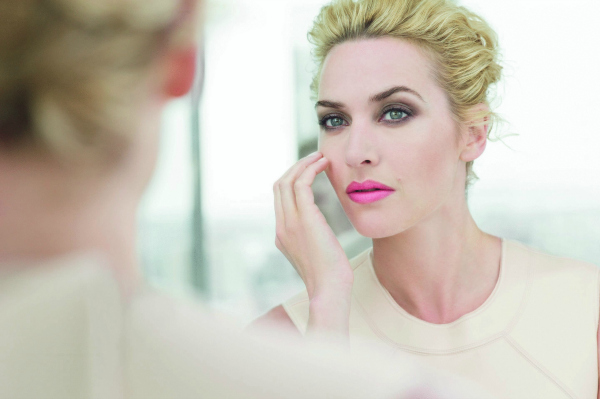 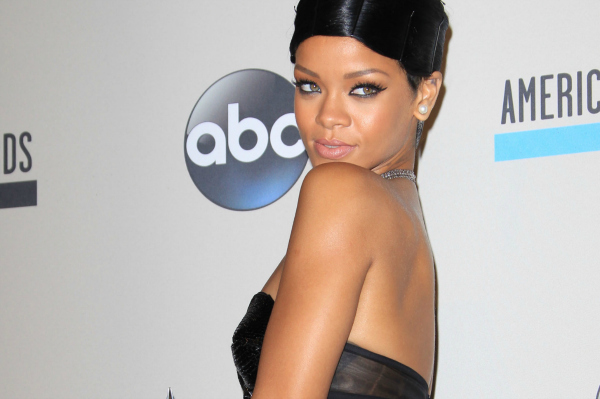 It’s hot in Barbados, right? Maybe Rihanna got used to shedding her clothes out of necessity. Whatever the reason, the pop star sure does have an affinity for nudity. In 2009, some very graphic photos were leaked showing RiRi — well, showing all of her. Then there was her racy spread in the January 2010 issue of GQ. In 2012, she stripped down for a Nivea ad and, also that year, posed in Esquire with nothing with some strategically placed bark covering her bits. And RiRi certainly has no qualms about putting herself out there. She’s posted topless or nearly nude pics of herself under waterfalls, in hotel rooms and even with what appears to be a badger pelt on her head. 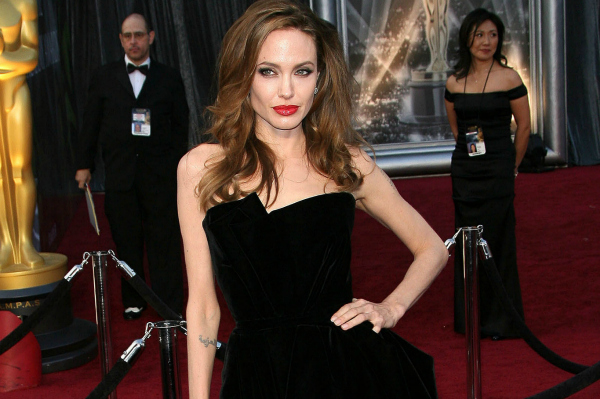 Sure, now that we’re used to thinking of Angelina Jolie as Brad Pitt’s main squeeze, the mother of the beautiful Jolie-Pitt brood and a serious humanitarian, it’s kind of hard to remember her more provocative days. Oh, but they existed. In 1996’s Foxfire, she went topless, at which point she clearly shed her inhibitions along with her clothes. In ’98 there was Gia, in ’99 there was a topless scene with then-husband Billy Bob in Pushing Tin, in ’01 there was Original Sin and in ’04 there was Taking Lives. 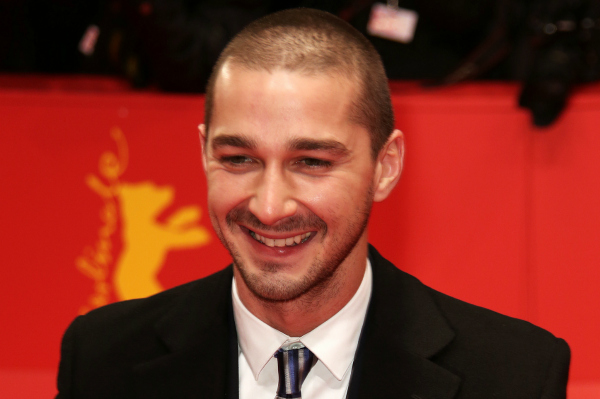 You know when they say someone is trying to live up to the family name? Well, it looks like Shia LaBeouf is really trying to make good on that expression by being in la buff (hold your applause, we’re here all week) as much as possible lately. From his full frontal in Sigur Rós’ video to his super-racy role in Nymphomaniac to his NSFW naked tweet promoting his film Charlie Countryman, LaBeouf is all about exposing himself these days. 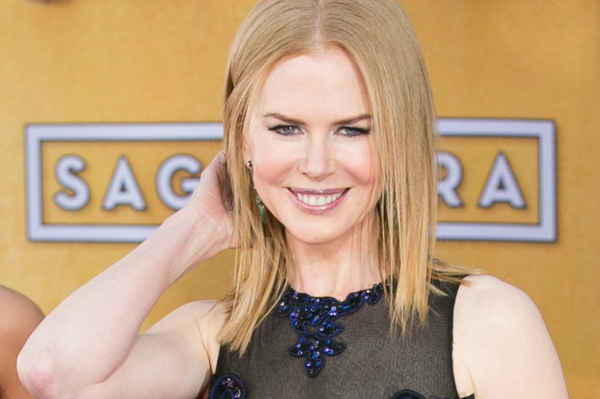 It doesn’t take a country hunk like Keith Urban to see that Nicole Kidman has an incredible figure (although we’re pretty sure he’s noticed). So we don’t blame Kidman for not being shy about showing it off in movies like Dead Calm, Eyes Wide Shut, Lars von Trier’s Dogville, Cold Mountain and Fur: An Imaginary Portrait of Diane. And, hey… with six movies already slated for release in the next two years, Kidman might just add a few more notches to her nude scenes belt. 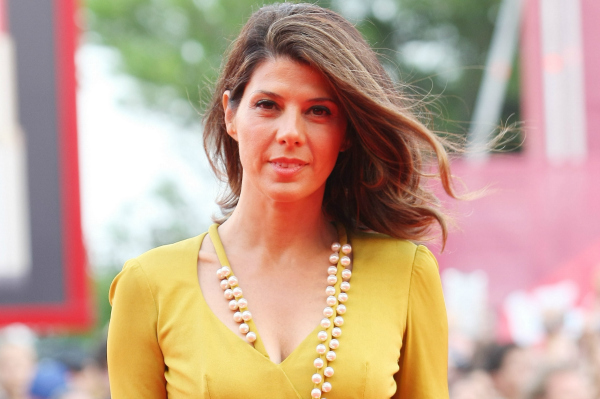 Marisa Tomei is one of those under-the-radar actresses who is brilliant but doesn’t make a big fuss over herself. We guess you can say the same thing about her attitude toward nude scenes. She waited more than a decade after her star-turning role in My Cousin Vinny before disrobing in 2005’s Factotum. She milled about naked or nearly so through the entirety of 2007’s Before the Devil Knows You’re Dead, and she earned an Oscar nod for her role as a stripper in 2008’s The Wrestler.