Big news: This summer Adam Lambert and Queen have plans to rock you! See if they’re coming to a city near you. 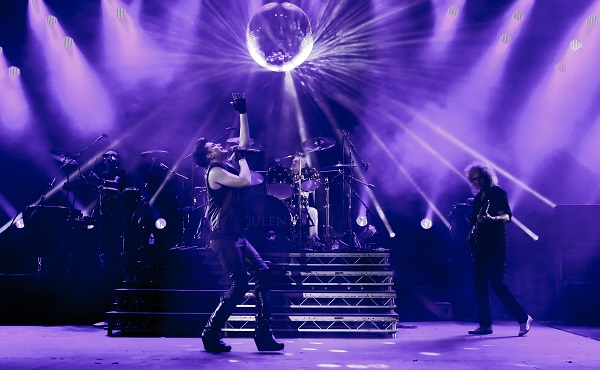 Adam Lambert and Queen fans are about to have the best summer ever: the two musical powerhouses are teaming up for a tour!

When iHeartRadio announced that Lambert would be performing alongside Queen during their September festival, everyone waited in excitement. They’d shared the American Idol stage to perform “We Are The Champions” in 2009 and killed it. What came when the band and their American idol took the stage at iHeartRadio was absolutely magical. Lambert and Queen rocked the crowd through all of Queen’s classics and, as we expected, Lambert served as a sufficient substitute for the late, great Freddie Mercury.

The collaboration also did a run of performances in Europe, but most American fans have been left out of seeing the act live. Only so many people were privy to the outstanding iHeartRadio performance. Now Queen and Lambert would like to change that. They’re taking their show on the road.

Their team announced today that they’ll spend the summer touring the U.S. to share their show of fresh-voiced classics with the rest of the country.

Lambert says men are divas, too. We agree! >>

“I’m completely in awe of the Queen phenomenon,” Lambert said in the press release. “The thought of sharing the stage for a full set in North America is so beautifully surreal. I’m honored to be able to pay my respects to Freddie’s memory; he’s a personal hero of mine, and I am deeply grateful for the chance to sing such powerful music for fans of this legendary band. I know this tour will be a huge milestone for me, and with the support of Brian, Roger and the rest of the band, I feel like magic will be on display.”

We’re just as excited! Check out the tour dates below to see if the champions are rocking your neck of the woods.