Prince rocked the house on The Arsenio Hall Show last night, and showed his humorous side, too. 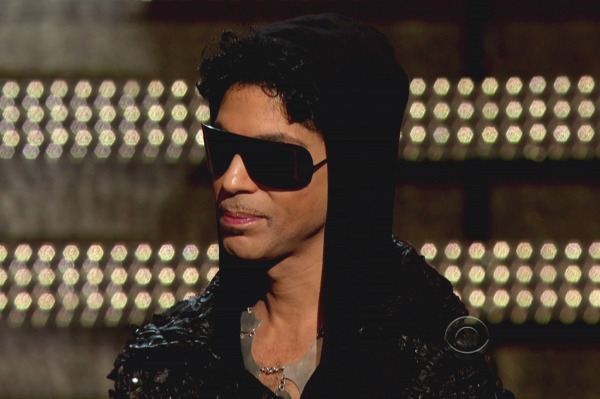 The Arsenio Hall Show got extra funky on Wednesday night when Prince took the stage for killer performances and an amusing interview.

With the exception of his opening monologue, Hall devoted his entire show to Prince, including multiple performances and interviews where he received short but funny answers, showing a comfortable and un-self-conscious side to the normally super serious musician.

Prince and 3RDEYEGIRL, accompanied by an 11-piece horn section, performed the Purple One’s new song “FUNKROLL” along with a couple of lesser-known fan faves “Mutiny” and “She’s Always in My Hair” — which, by the way, is a huge pet peeve of the artist.

The star told Hall that “strangers touching my hair” is his No. 1 annoyance. “I was at an Oscars party and people kept bumping into me,” he said. “And it always seems to be dudes.”

But if you’re lucky enough to chill with Prince and are at his house for breakfast (like in the hilarious Charlie Murphy story on Chappelle’s Show) you will definitely be well-fed. Turns out, the star loves to cook, and he has a specialty: omelets.

“All my friends have high cholesterol,” he joked.

Watch Prince chat with the audience

The 2013 Billboard Music Awards Icon winner also shared how this musical genius got into the music industry in the first place. Turns out, everything else just bored him. While looking for a job as a broke teenager, he said, “I got the Yellow Pages out and I didn’t find anything I wanted to do, so I decided I was going to become a musician and win at it,” he said. But in an alternate life, he’d “want to teach in some capacity.”